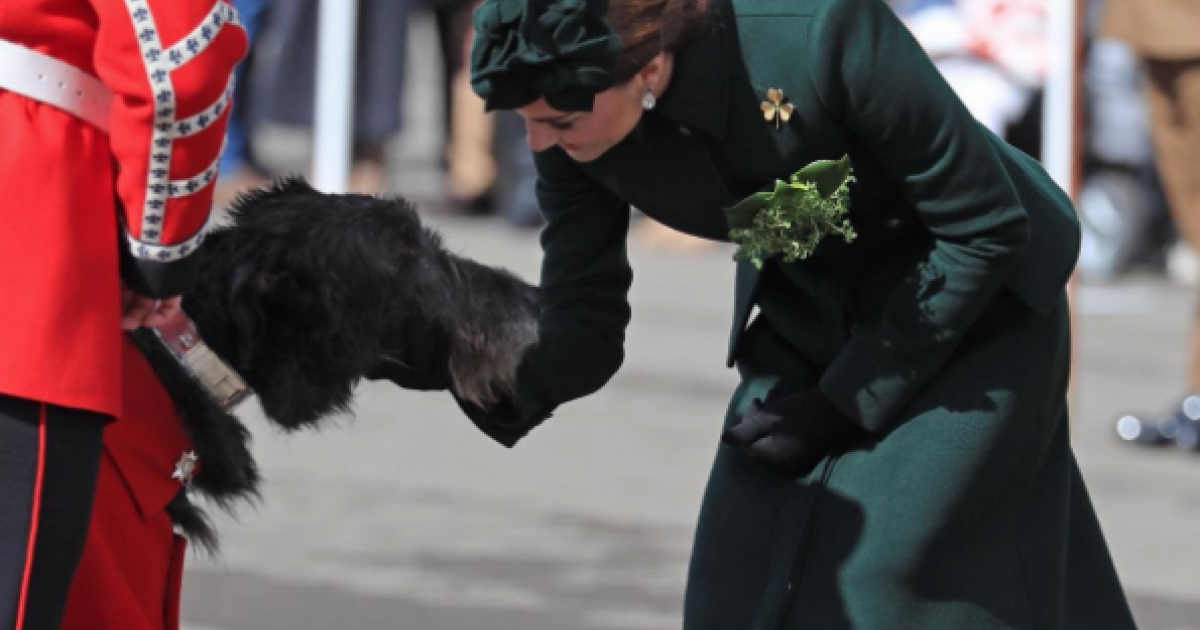 LONDON – Britain's Prince William and his wife Kate kicked St Patrick's Day celebration in London on Sunday when they observed a parade of 1st Battalion Irish Guards and Kate presented a shamrock to his officers.

From Galway to New York, events are taking place over the parades and parties to mark Ireland's national day when the failers traditionally dress in green.

Donation of a dark green coat, Kate also met a high Irish wolf dog and mascot Domhnall, while William, dressed in full military robe, took the saddle during a march past.

William, the grandson of Britain's Queen Elizabeth and the other in line with the throne, is the colonel of the Irish guards, a regiment of the British army.

The couple will later meet members of the regiment and attend a lunch. Events will be held in London to celebrate the day.