Implied in corruption? Is Unethical Treated? Lie and … 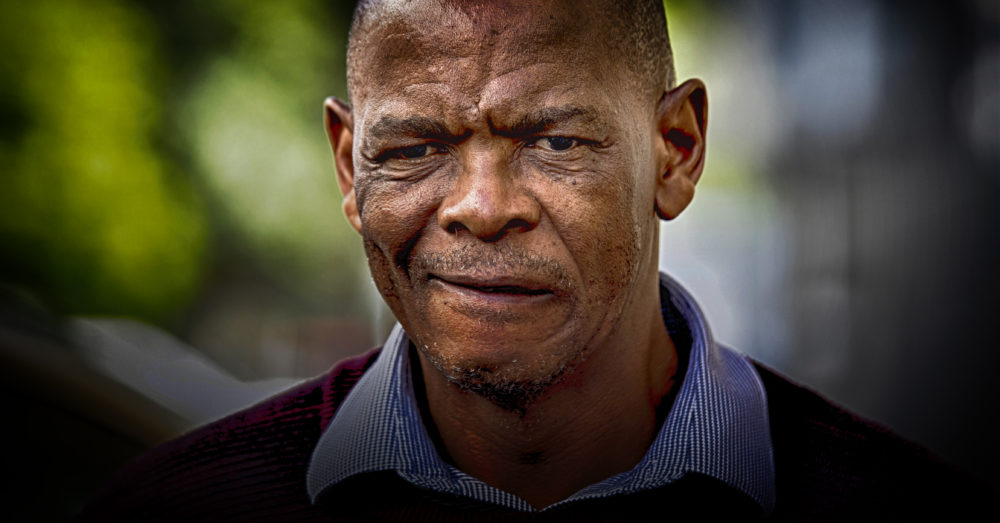 ANC Secretary-General Ace Magashule speaks to journalists outside the ANC's national board meeting in Cape Town on March 23, 2018. Photo by Leila Dougan

If ANC people who have been involved in corruption acts were allowed to take action or have not taken effective measures to stop it, will be re-elected on May 8, 2019, who will tell how our supporters will vote this time?

Last week, candidate lists for the parliament and provincial legislatures were presented to the independent electoral commission of political parties. Some of these lists raise serious questions about the suitability of some candidates. As members of the ANC, we do not consider it our duty to comment on lists presented by other political parties. Our strong conviction is that candidates on the ANC list should be over ethical accusations, for that is what South Africans expect from the party that played a crucial role in recovering democracy in South Africa.

Since 1994/5, the vast majority of South Africans who voted under local, provincial and national elections supported our organization, the African National Congress (ANC).

The overwhelming majority of these voters were not card-bearing members of the ANC. They appreciated what the ANC stood for, recognized its decisive role in the successful struggle against the apartheid regime, and had a deep respect for its leaders. They also shared their vision for a non-sexist and a non-racist future South Africa. They read good things about our leadership and party in newspapers and listened with great importance to the speeches our leaders gave in Parliament and other public forums. They watched our leaders on television and participated enthusiastically in meetings and attended events organized by the ANC. The general population respected ANC leaders for their integrity, honesty and exemplary behavior.

Recently, it has become evident to the same South Africans who always admired and voted for the ANC that some of the leading members of their beloved organization have been implicated in corruption acts of one kind or another. Inappropriate appointments have been made to senior positions in state and state institutions, often resulting in questionable decisions at the expense of good governance.

A few years ago, the media reported on #GuptaLeaks, emails leaked from servers of companies of a particular Gupta family. Members of this family who had befriended certain ANC leaders used this friendship to inappropriately influence the awarding of public offerings and senior appointments in state-owned companies such as Eskom, Transnet, Denel, and others. for the purpose of corrupting money. These state-owned companies were the subject of massive looting by private companies such as KPMG, McKinsey, SAP and others acting in conversations with individuals who had close links with ANC leaders and government ministers.

Recently, the public was treated with evidence given under oath by incredible acts of corruption committed by a company formerly known as Bosasa, but which has since changed its name to African Global Operations. This company had secured government contracts and maintained them. It was reported by bribing officials and a number of other public service, criminal, parliament and cabinet ministers and senior ANC politicians.

The accumulation and escalation of corruption actions in connection with the ANC and its government continues to disrupt South African society. Not least, it disturbs people who always kept the organization close to their hearts and voted for it during elections. If some of these followers now undergo their allegiance to the ANC, others seem to have abandoned it. This was confirmed during the organization's disastrous performance in the 2016 municipal elections, when the organization lost control of Johannesburg, Tshwane and Nelson Mandela Bay meters.

The poor administration of many local, provincial and national government institutions has over time resulted in the foaming and unacceptable level of service to the population. Not comfortable attending other parties, but significant numbers of our traditional followers simply disrupted voting during the 2016 municipal elections mentioned above. If ANC people who have been involved in corruption acts were allowed to take action or have not taken effective measures to stop it, will be re-elected on May 8, 2019, who will tell how our supporters will vote this time?

The number of commissions created by President Ramaphosa since joining the office a year ago clearly shows that corruption remains unabated. The president deserves to be congratulated, not only for launching these studies, but also for ensuring that their procedure is open to the media and the public. Hair-raising testimonies involving important ANC personalities have been presented to the state-owned fishing commission under the direction of Deputy Director Raymond Zondo; The SARS Board of Directors on Irregularities in Management led by Retired Judge Robert Nugent; Investigation Corporation study led by former Board of Appeal, Judge Lex Mpati; and on the NPA Commission led by former Constitutional Court Yvonne Mokgoro. The unmistakable narrative in all these studies paints a picture of unimpeded corruption, whose main actors are people closely connected with the government, and in some cases senior ANC officials.

It is against this background that we, who are members of the African National Congress the longest serving, are requesting companions who have been involved in corruption reported in the investigation committees and elsewhere or over the past five years have been deemed to have behaved unethical for example under oath, to reconsider their current nomination to the Parliament or the provincial legislatures. By withdrawing their names from the electoral roll, they say to the public as a whole that, although perception is not always reality, they would rather wait for the opportunity to have their names cleared than to serve under a suspected cloud. We think this would be an admirable show of character. We have been made aware of it [some] The leaders have already done so. We salute them.

By making this plea, we would like to make it clear that the withdrawal of their names from the list would not in any way imply an allowance.

If the withdrawal of their names from the list were to be accompanied by a clear statement that these comrades fully support the President's efforts to eradicate corruption, it would send a message that they are part of and committed to fighting corruption that has started seriously.

Here's your opportunity, buddies, to demonstrate your commitment to the value of your beloved African National Congress. DM

No not really. But now that we have your attention, we wanted to tell a little about what happened at SARS.

Tom Moyane and his cronies brought South Africa a R48-billion. Tax deficits, from February 2018. This is the only thing that grew during Moyan's term of office … the year before, the hole was R30.7 billion. And to finance these shortcomings, do you know who is to cough up? You – the South African taxpayer.

It was the most sterling work of a team of investigative journalists, Scorpio is Pauli van Wyk and Marianne Thamm together with our good friends at amaBhungane, which led to the SARS catches finally being washed out of the system. Moyane, Makwakwa … much of them … gone.

But our job is not yet finished. We need more readers to stay Maverick Insiders, the friends who will help ensure that many more studies come. Contributions go directly to growing our editorial team and ensuring the Daily Maverick and Scorpio has a sustainable future. We cannot rely on advertising and do not want to restrict access to only those who can afford a paywall subscription. Membership is about more than just contributing financially – It's about how we defend the truth together.

So, if you feel so inclined and want a way to support the cause, feel welcome to our community Maverick Insiders…. you could see it as opposed to a sin tax. And if you're already a Maverick Insider, tell your mom, call a friend, whisper to your loved one, shout to your boss, write to a stranger, advertise it on your social network. The struggle for the future of South Africa is on, and You can be part of it.

Please note that you must be a Maverick Insider to comment. Sign up here or if you are already an Insider.