Josh and Austin v. Karito and Ian My Kitchen Rules 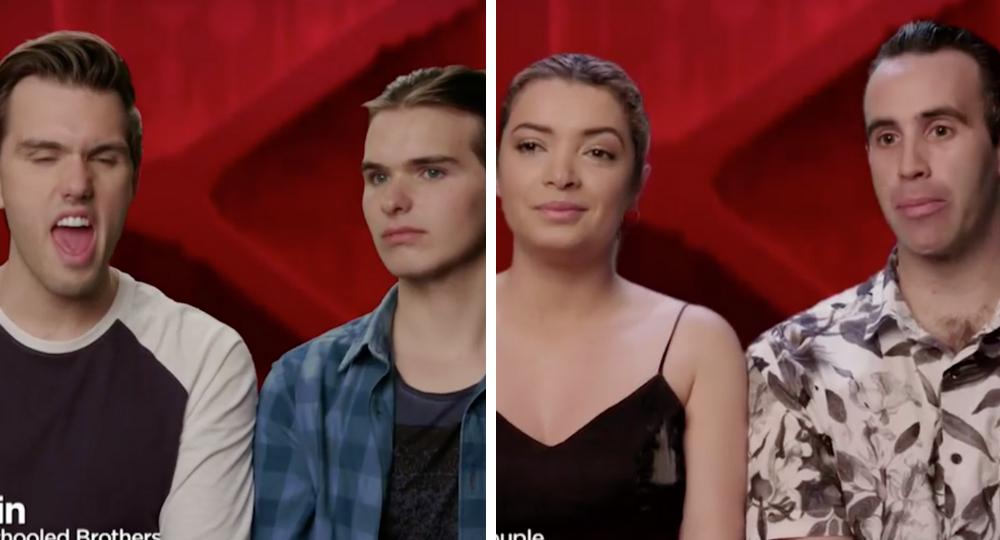 On Monday night's episode of My Kitchen Rules, it's Josh and Austin vs. Karito and Ian in the elimination cook off.

Throughout the series, the duos have struggled to see the eye, especially after Josh's claiming that Karito looked like a mail order bride.

Karito speaks to New Idea about her thoughts on the 'villains'.

"I don't like their behavior. There are lots of things in their background that didn't help them much socially in the competition. It's not just about who you are. I grew up with my grandma and I respect. To grow up with that value, "Karito says of the Christian homeschoolers.

"Offending people and being nasty to people is not my cup of tea. I like happiness, that's my vibe. So if someone is coming in and destroying that for me, especially when they pick on Ian. too much, "she added.

That said, she did have one thing positive to say about the boys.

"Josh and Austin are funny, I will give them that."

And what the boys have to say about Ian and Karito?

"Karito is arrogant, because she doesn't like us," Josh said.