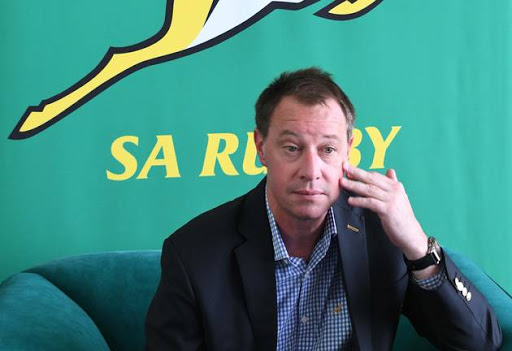 SA Rugby is being drawn to the South African Human Rights Commission (SAHRC) after a group of black fans were abused at Loftus during the Rugby Championship match between Springboks and New Zealand last October.

They were also ridiculed as members of the economic freedom fighters because of the red jerseys they were wearing.

"As we walked towards the entrance to port 11, an unknown white man pointed to us and said the following words to his friend:" Look here, they are dead EFF. "

"The only introduction I could draw from the use of the acronym" EFF "is that he referred to economic freedom fighters, a political party.

"When I digested this comment and its imports, his unknown friend pointed in our direction and said the following words:" Yes, see here those bobbejaan ".

"One of my friends said a banana was thrown in our direction as we walked away, but I didn't see that incident.