Angela Ahrendts, the woman who could have happened to Tim Cook, leaves Apple 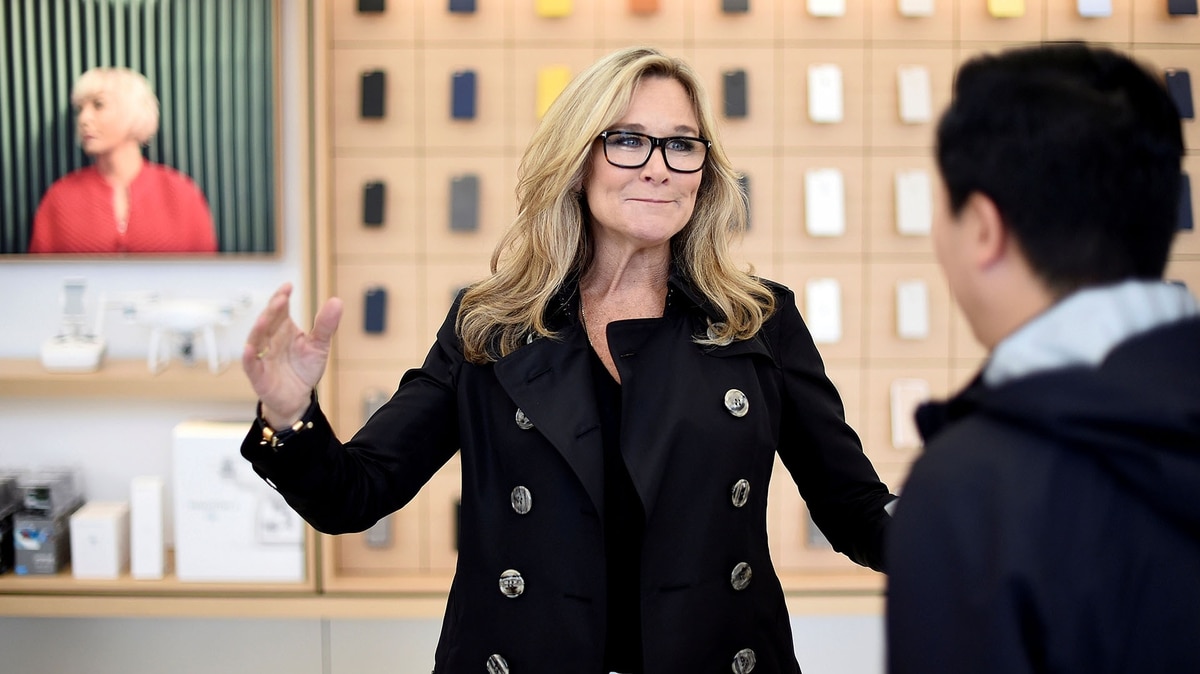 Angela Ahrendts will leave Apple in April, the company announced a few hours ago. The Board of Directors has been employed as Deputy Chairman of Retail Services for five years. The departure of who was considered a possible successor to Tim Cook was a real surprise to the corporate world.

In place will be Deirdre O & # 39; Brien, Vice President of the People Division at Apple. Brien will assume Ahrend's role and will also continue with its current position. In other words, it will merge all tasks into a new position with greater responsibility and from where it will report directly to Cook.

Angela Ahrendts joined Apple in 2014, leaving her position as CEO of the Burberry brand and leading to a real revolution in Apple stores. Under his mandate, over 100 stores were opened all over the world.

But in addition to adding volume to the company, he bet on the redesign. The premises became more spacious, with a special aesthetics in the colors and arrangement of the furniture and even some built-in trees in the open spaces.

The idea was to convert what until then were just commercial business meeting rooms to promote social interaction. All with the purpose of creating greater customer loyalty, a deeper sense of belonging.

In this sense, the program "Today in Apple" (today by Apple) was launched, which began during its period, consisting of free training dictated in the premises so that customers can learn art, photography, music or design .

Ahrendts, who was, of course, in charge of more than 500 stores and 70,000 employees, said in 2017: "We want people to say," We need to meet at Apple, do you see what's happening in Apple? "In this sentence, the concept of creating a community around the brand is reflected. And it was not bad: his leadership was considered successful, and the brand continued to grow in recent years.

In fact, Apple was the first US company to be worth the trillion dollars last August; and Mac computers put a sales record at the end of the last quarter.

But it is also true that the sale of iPhones fell, which at the beginning of the year resulted in a decrease in the value of the company's shareholdings. The decline in sales is responding to several factors, including the economic downturn in China, as well as the decline in demand, especially in markets where Apple phones can be very expensive for the average user's pocket.

The company began to take this into account, and so Cook announced that it is considering reducing the price of iPhone in countries where the local currency is depreciated against the dollar. It is probably just one of the many measures to be taken to regain the situation.

Daniel Ives, analyst at Wedbush Securities, said in a note published in The Telegraphthat Ahrend's departure is unexpected because it was considered a key directive in the company, with the ability to succeed Cook and with a crucial role in handling the more than 500 stores that were on all continents.

In any case, while it thinks this news is surprising, it is acknowledged that "the change could be good for Apple, since the last year has been mediocre" among other things by the reduction of mobile sales.

It should be noted that this situation affected the product in general and not just Apple. The number of mobile phones sold worldwide fell by 4.1% in 2018, according to data from the research firm IDC, which again estimates that this year will fall further.

It was not announced yet, what will the next step Ahrendts want to take, or what will the new direction it take. The statement says only that Apple leaves "to follow new personal and professional goals"

"I would like to thank Angela for inspiring and activating our team over the past five years," wrote Tim Cook in the statement. "She has been very positive, a power of transformation, both for the Apple stores and for the communities she served, and we want her the best now that a new chapter begins."