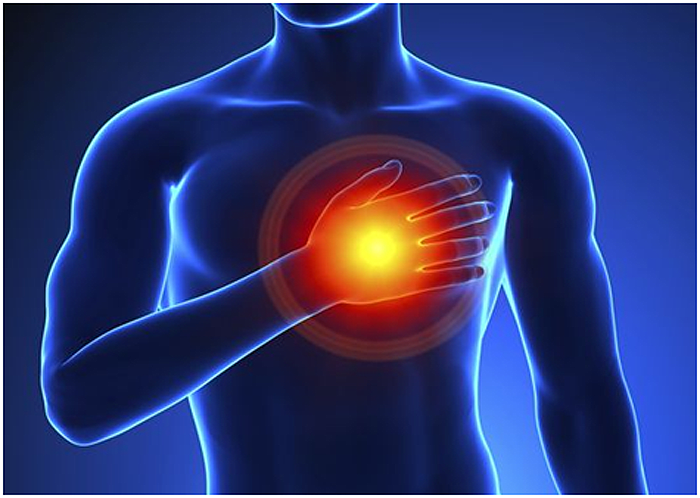 The relevance of the discovery is, among other things, that the cause of hypertrophic cardiomyopathy is unknown in half of the cases. The results of the promising discovery were published yesterday in the prestigious magazine of the American College of Cardiology (JACC). The research involved more than 40 health centers in Spain, as well as two centers in Britain and Denmark.

In a conversation with the newspaper La Nación, Pampas Juan Pablo Ochoa, who lives in Spain since 2014, stated that "this gene had not been associated with the disease. There was still no evidence of associating this gene with hypertrophic cardiomyopathy."

About the study, he explained: "We found four different families from a very small city in Murcia Spain. The site has less than 30,000 inhabitants and we discovered that, despite not knowing it, had a common ancestor born seven generations ago We genotype more than 7,000 patients. We then identified the mutation in 30 families and followed them for a long time. This enabled us to associate FHOD3 with hypertrophic cardiomyopathy. "

Specifically, people were followed for 3 years in more than 40 centers. Not only did they and their families benefit from the results, but several doors were opened. On the one hand, to achieve more accurate diagnoses of hypertrophic cardiomyopathy. On the other hand, it enables generating new research lines and new treatments.

Hypertrophic cardiomyopathy is the most common hereditary heart disease that affects 1 in 500 people. Its presence is associated with an increased risk of cardiovascular problems: sudden death and heart failure. In addition, it is a deterioration of the patient's quality of life due to the symptoms.

The disease occurs because there are mutations in genes that are important for the development of the heart muscle, which causes it to grow disproportionately, this is called hypertrophy. Despite scientific progress, more than half of the patients can not identify the genetic cause of the disease at present.

"Young athletes who suddenly die, are often due to hypertrophic cardiomyopathy. This is the most common cause of adolescents under 35. After that age it is a heart attack," said Ochoa, educated at La Plata University and specialized in at the Favaloro Foundation, adding: "Those suffering from it have a higher risk of arrhythmia and have symptoms like dyspnea (lack of air). Many others are asymptomatic and detected when they go to a check and notice that the heart's thickness is increased."

The project originated in the Galician company Health In Code, a world leader in cardiovascular genetics, and collaborates with more than 100 health centers worldwide. Together with the collaborators at the Virgen de la Arrixaca Hospital in Murcia, they discovered the mutation in FHOD3 in several families. The study included the cardiologists, genetics, pathologists, molecular biologists, technicians and administrative staff joint efforts.

"Since DNA studies were done, it became more known about the disease, but in the last five years it has stagnated in the 50% and it was very rare to find new genes. This work is new because it detects a new gene and would explain between 2 and 4 percent of the causes of hypertrophic cardiomyopathy. Although it seems small, it's a lot because it's a disease where half of those suffering from it have no diagnosis, says Ochoa.

In addition, the cardiologist said that the most important thing in the work is not the scientific grandeur, but the practical application. "Although the publication is born from the experience of cardiovascular genetics, it is seeking to provide answers that contribute to clinical management of patients. That is, converting knowledge into personal medicine that is applicable to each patient in particular, and especially to their relatives .

These will benefit from screening strategies to detect those at risk or not to withdraw from the disease before being clinically expressed, "the doctor concluded from the other side of the phone.