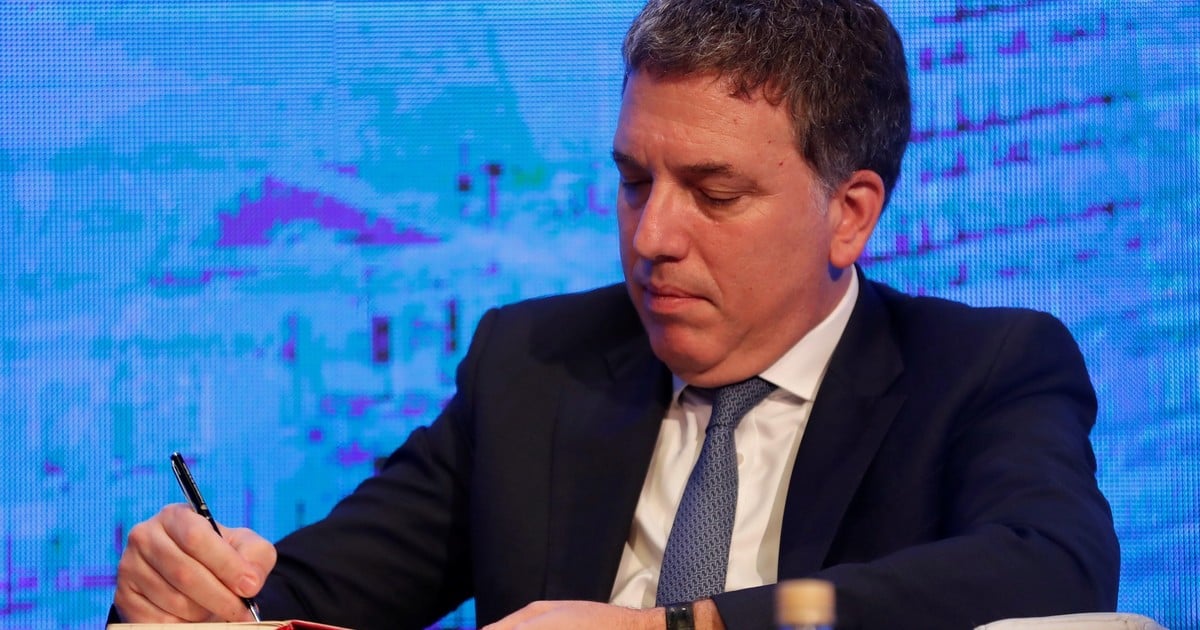 After a 2018 marked by devaluation of the peso, inflation of 48% and the recession extended to almost all activities, the big question is how the economy will start at the beginning of the new year. The official budget forecast predicts a fall of 0.5% for the entire GDP for all 2019.

The specialists, in this sense, forecast a "difficult" first quarter and "complicated" because the intermediate variations of activity will generally continue to decline, reflecting more the conditions of what happened in 2018, they explain. In any case, the upswing will come very slowly from the second quarter, with an improvement in certain areas of activity and wages. The main issue is what will happen to exchange rate stability, interest rates and country risk, which at the present level entails a serious financial stress they pose.

"One of the priorities of the economic agenda in 2019 is that the central bank manages to lower the rate of interest without the dollar escaping, "he says. Federico Furiase, the consultant's economist Eco Go. "It also needs wages to restore inflation. Something that looks complicated today in a context where political uncertainty takes its course over country risk," he says.

Country risk, the variable that follows the execution of Argentinian bonds abroad, "leaves the central bank without going faster to lower interest rates. It also becomes difficult to increase the credit, which in turn needs companies to finance the joint ", he argues. In short, the analyst looks in the short term" a gradual recovery of real wages, the most stagnant credit, and in the context of companies that may have some unemployment, "he says. .

to Lorenzo Sigaut Gravina, economist of EcolatinaThe first question is how the exchange rate is calm. "With the country risk over 800 points, it is clear that Argentina does not have access to finance. And although the country meets the IMF's requirements, payouts will be available in 2019, so it must go out and place debt by mid-2020," he explains . "This economic uncertainty is what shoots the prospects," he says.

On the other hand, we could have a favorable first semester of restoring some sectors of revenue that would begin to grow more, as there is one formal opening of paritarias in Aprilunions that have automatic adjustments to wages and others who adapt to pension mobility ".

Agricultural harvest is a plus in the economy that comes "especially in corn and soybeanswhich had a strong rebound after the drought, "says Sigaut Gravina." And also other marketable sectors that react with the highest exchange rate, such as Agriculture, mining, oil and gas. Perhaps some industries such as the automotive industry can export more ".

According to Ramiro Castiñeira, from econometric, 2019 begins "ironing", "touch the floor" of the crisis. With the exception of tourism, which is the only candidate to recover, the first quarter of the year is "still difficult". Only after the second quarter, with the agricultural harvest, one could begin to restore the activity, the forecast.

Fausto Spotorno, study economist Ferreres & Asociados, also believes that the first quarter of 2019 is complicated. "Apart from tourism, there are no variables that push the economy too much, but after the second quarter, positive data could come from agriculture, which will bring about faster growth and some industrial sectors," he says.

On the side of inflation, which this year culminates in the order of 48%, economists agree that it will remain lower over the next year. In fact, according to the expectations of central bank analysts, the price index (CPI), would go up 27.5% in 2019.

Consumption, another variable of weight in economic activity, should also wait a few months to get the transfer. "There will be one partial recovery to improve income ", warns Sigaut Gravina. But do not forget that the purchasing power of 2018 lost about 11 points against inflation, reminded analyst Clarin.

Purchase of durable goods will meanwhile follow a path slower than mass consumption, due to lack of credit, experts say. In particular, sales in supermarkets, warehouses and self-service (mass consumption) are also destined to wait for some time for their recovery.

Juan Manuel Primbas, analyst at Kantar Worldpanel, a specialist consultant, warns that in the first half of 2019, consumption would fall 4%. And in the second semester, 2% will grow.

On the influence of the international context on the local economy, "It doesn't look good next year", a recent Ecolatina report warned: "The international financial situation will be somewhat more restrictive and we do not expect an increase in commodity prices. However, the growth outlook for our main trading partners is positive, especially in Brazil," the report says.