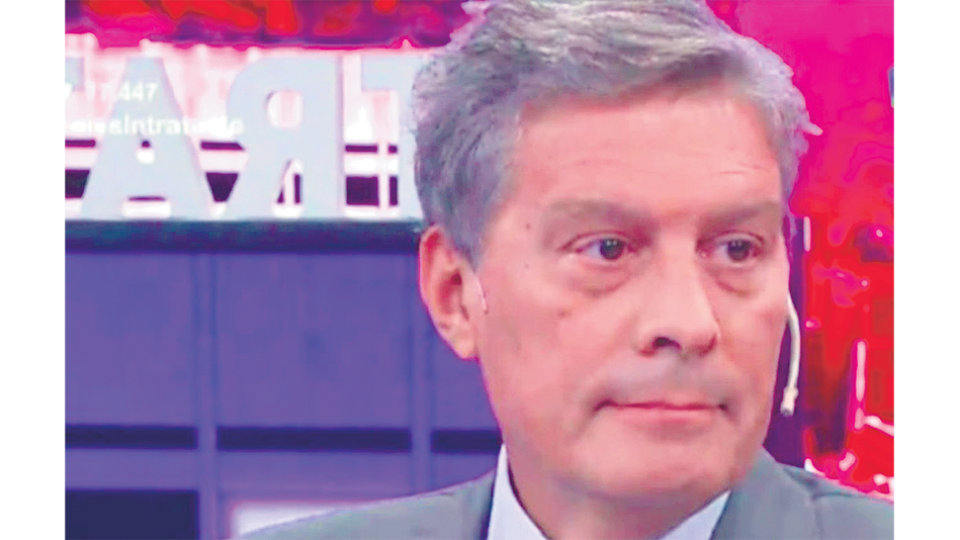 Attorney José Manuel Ubeira will challenge today's prosecutor Carlos Stornelli in the case of (photocopies of) notebooks and ask for an attempt to make a hidden camera originating from the elements of the blackmail complaint filed by businessman Pedro Etchebest. There you can see in one of WhatsApp chats that Marcelo D & # 39; Alessio sends to ruralista, the screen captures a conversation where, at the request of the prosecutor, he offers to trap a lawyer to film him and that a third party then make the complaint. Ubeira is a lawyer for Finance Minister Federico Eláskar in the case of money laundering against Lázaro Báez, and in the case of notebooks, he defends Oscar Thomas, former director of Yacyretá, who never lent himself to repentance. The maneuver to confirm is extremely serious.

Ubeira will ask the federal judge Sebastian Ramos to investigate these facts when he rightly dealt with an earlier complaint pointing to Judge Claudio Bonadio for the ill-treatment and unlawful deprivation of Thomas's freedom so far not admitted as a plaintiff. At the same time, he will challenge Stornelli to be removed from the study of notebooks and public works. There are two aspects that all suggest that will mark its presentation: it is not explained how it is that Stornelli, who said everything was a "narrative operation," did not accuse D & # 39; Alessio and gave his cell phone to it federal judge in Dolores by the subject, to remove doubts; but also the prosecutor acknowledged some connection to D & # 39; Alessio and that he approached converse and data in an interview made by Nelson Castro. In light of this, Ubeira claims that the prosecution cannot dispose of investigations outside the usual mechanisms and channels provided for by law.

The hidden camera attempt was reconstructed by the whatsapp screen as D & # 39; Alessio sent to Etchebest and recording a conversation between them, heading back from the trip to Pinamar, where Stornelli waited, where the first one he had planned to do hidden camera to the lawyer at the public prosecutor's explicit request. In theory, who was to take care of the movie was Rodrigo González, the defender of Leonardo Fariña in connection with the laundering of Báez, and as D & # 39; Alessio refers to as a partner, although he would actually be his lawyer in case of extortion. In the recording, D & # 39; Alessio tells that Patricia Bullrich pays 200,000 pesos in defense of Fariña.

In the chat that Etchebest receives, Stornelli appears and says, "Convince Rodrigo". And D & # 39; Alessio responds: "I arrived on the 6th and I made a hidden camera and presented it to your prosecutor's office for a third party! Sino Rodri must abstain from Fariña and I am armed with a quilom work with Patricia B". D & # 39; Alessio sends him the screen to show him what he is talking about when he explains that they would try to put a stick on Ubeira. In which way? With a strategy that was halfway there. González went to see the lawyer in December with Fariña. The latter, an important witness to Báez, says he wants to stop being a protected witness and threatens to come down to that meeting. That is, giving up the reverse role. But let's say your problem is that you need money to live. After that meeting, they remain again to see each other, but the meeting does not arise. Everything suggests that they would offer Ubeira something and then ask for money.