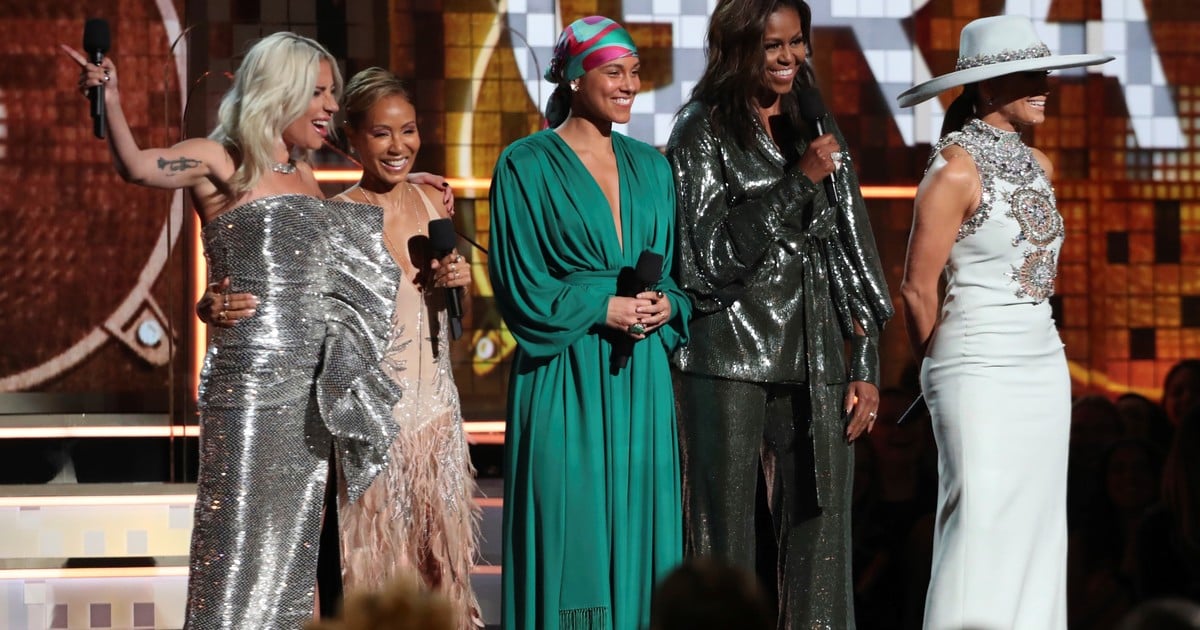 The surprise of the 61st edition of Grammy Awards 2019 he gave it Michelle Obamawho took the stage next door Jennifer Lopez, Lady Gaga, Jada Pinkett Smith and Alicia Keys (the presenter of the night) and became crazy to the public at the Staples Center in Los Angeles.

Wife of former President Barack Obama led the group of women who, at the beginning of the gala, held a speech on women's empowerment and respect for differences.

In the first row of rock | We give you stories about artists and songs that you need to know.

"From the Motown albums I was carrying on Southside (from Chicago) to the songs of" Who makes the world work "(refer to the theme" Run the World "by Beyoncé) that gave me energy over the last decade. Music has always helped me tell my story"said the former first lady.

"And I know this applies to everyone here, we like land, rap or rock," added Michelle Obama, who He had to interrupt his speech with the audience's ovation.

"Music helps us share what we are: our dignity, our sorrows, our hopes and pleasures. It allows us to listen to each other. Music shows us what's important. Every story, every voice, every note in each song, "Obama said.

"What could be better than this?" Tonight, we celebrate the genius of each of us through music, "Alicia Keys said, closing with a nod to the female audience when she asked: "Who dominates the world?".

After the presentation, Michelle Obama sent a photo on her Twitter account with an engagement to Alicia Keys, who she recognized as a great friend. "She is the most genuine and considerate person I know, there is no one better to help us enjoy the power of music," she said.

Much of the friendship shows up for your girls – so I was thrilled to be there for the only one @aliciakeys on #GRAMMYs. She is one of the most genuine and thought-provoking people I know – there is no one better to help everyone celebrate the power of music! pic.twitter.com/8cMhTmsClA

The former first lady, still a very popular figure in the United States, recently won a major publishing success with her memoirs "Becoming".