Heat wave in Patagonia: What caused the phenomenon that surprised the southern part of Argentina 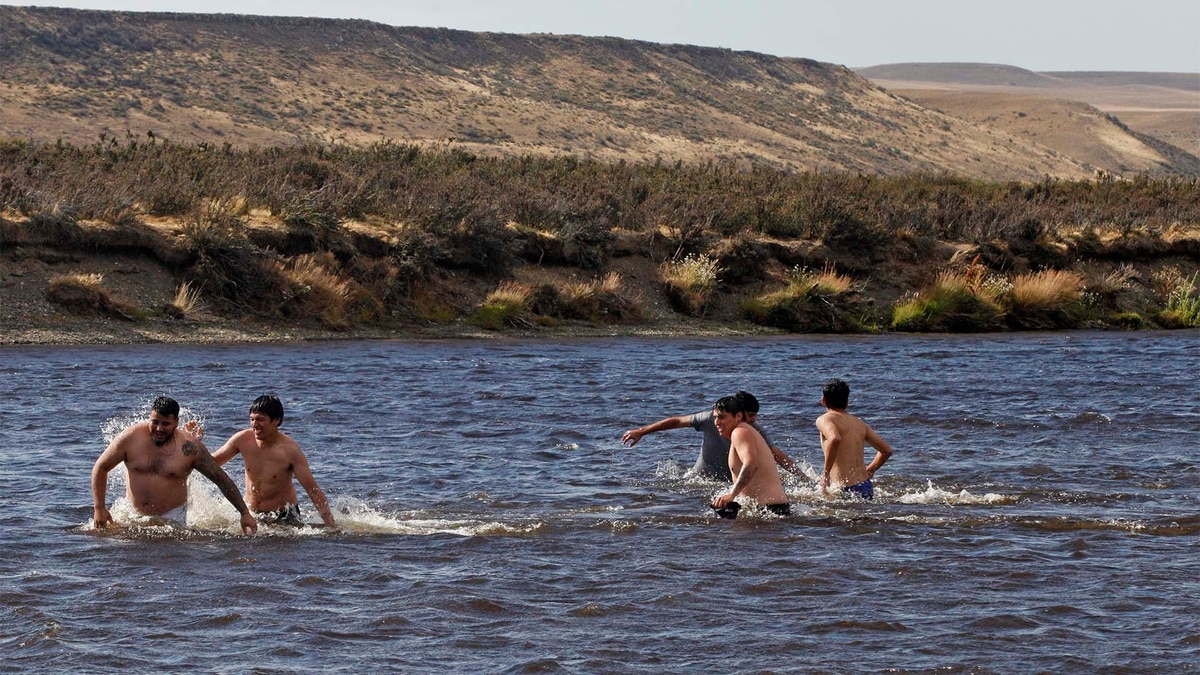 Since early February, Argentine Patagonia was hit by an unprecedented heat wave. the Average temperature in the region climbed above 30 ° C and gave tourists and residents the unconventional opportunity to bathe in southern waters.

According to a report from the National Meteorological Service (SMN), the high temperatures of the last week were caused by an "intense anti-cyclone that has been on since last Saturday It is located in the southeast of the country and, by its turnover has been busy pushing very hot air to the south of the country persistentlythat affects the whole of Patagonia. "

This year, however, the winds carried by the anticyclone were warm to the point that led to it record historical heights in some cities in the region: in Perito Moreno, province of Santa Cruz, 38.2 ° C on Monday exceeded much 35 ° C in January 2013, marking the previous record.

Also in Fuegian town Rio Grande, the thermometer exceeded 30 ° C for the first time – at least since 1961, the year when systematic measurements began. On Monday, the number reached 30.8 ° C, well above the maximum of 28.6 ° C recorded in February 1962.

"The special building conditions for fueguinas public dependencies (prepared to be heated and not cooled) do not allow the environments to temper according to this unusual climate", they explained when justifying the measure.

In addition to the weird landscape of tourists and neighbors wearing shirts and light clothing, one of the great postcards in the far south of the country were dips in the waters of Playa Grande, located on one of the margins of the city of Ushuaia. That prevents the cold normally that bathers come into contact with the sea.

Others, however, took advantage of the extraordinary circumstances of exercising outdoor sports. "This afternoon more than fifty people They took full advantage of the good weather in the Civic Plaza with the open classes of Body Combat by director Hugo Flores and Zumba with the teacher Marta Ortiz, the mayor of Ushuaia wrote yesterday on his Twitter account. Walter Vuoto.

Unlike the pictures showing the width of the Beagle Channel, turned into the mirror of a beach on the Buenos Aires coast, more fire sources that hit thousands of acres in the region, mainly in the northwest of Chubut and southwest of Río Negro.

One of the most affected cities was Epuyén, where the llamas they have already destroyed 2,000 hectares. Despite a comprehensive operation with more than 150 agents, fires are far from being controlled, Chubut, Rio Negro and Chile hydrants and helicopters.

This accident stops confirming a black summer for the city of 4,000 inhabitants. Same location lodges an outbreak of hantaviruswhose particular strain, which facilitates human-to-human transmission, left a balance between 32 infected and 12 dead.

But after several choking days Patagonian heat wave would not last much longer. "DSmall, the anti-cyclone will move to the east and allow the penetration of colder air into Patagonia, so it is expected to soon begin to notice changes in temperatures in the western and southern part of the region "indicated the SMN.

The high temperatures began to fall in the last few hours. In Tierra del Fuego, the usual registers returned to this time of year, with 6 ° minimum and 14 ° maximum in the cities of Ushuaia and Rio Grande. In Santa Cruz, the thermal amplitude will fluctuate between 8 ° and 20 °.

The SMN said the phenomenon would go toward the center and north of the country. "Se predict that temperatures are between 35ºC and 39ºC in the south of Buenos Aires, La Pampa, east of Mendoza and south of San Luis. Thursday and Friday will also be hot days in northwestern Argentina, and temperatures are expected to be between 40 ° C and 45 ° C, "the agency said.