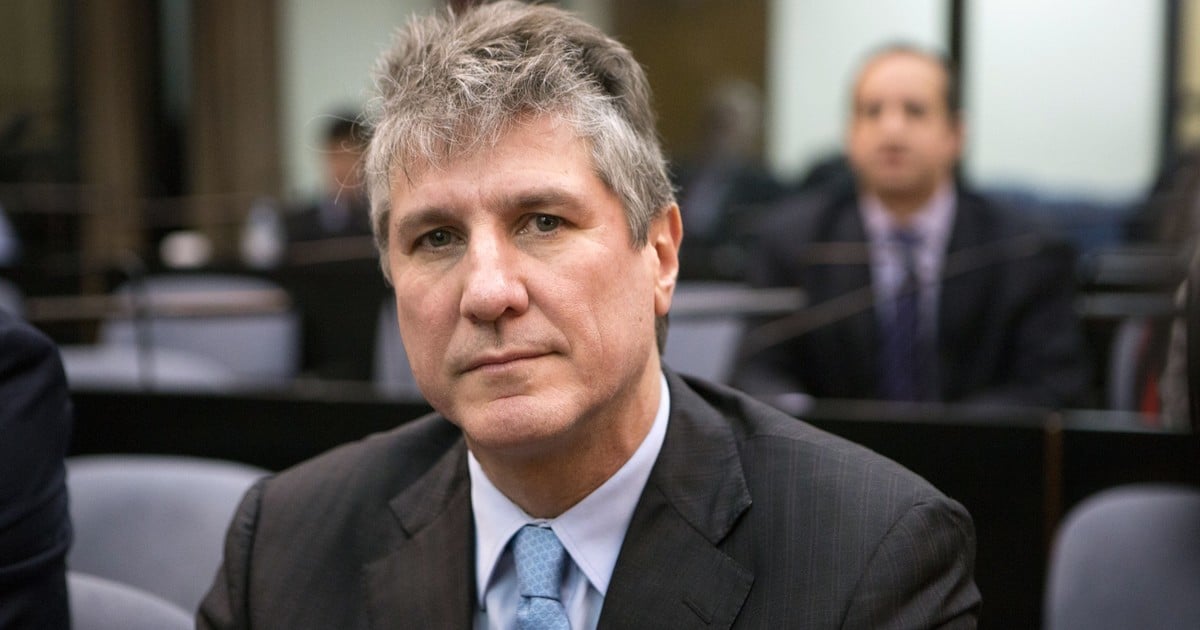 Federal Court No. 4 ordered Tuesday the release of former vice president Amado Boudou, who will use an electronic device that allows the judicial authority to monitor their movements. now,how the ankle works What will the former Minister of Economy?

The GPS device that Boudou will use is resembles the one that was added to Diego Lagomarsino, prosecuted as a necessary participant in the murder of Alberto Nisman, and allows him to go to a certain distance determined by the judge of the case.

The ambulatory monitoring unit, which will be carried by former vice president Amado Boudou.

GPS restrictions depend on the type of release received by the dictator. In the case of the former vice-president of the nation, it is not a housing prison, but rather it has permission to circulate within a certain perimeter, which in this case is 100 kilometers, like Lagomarsino.

It's about an outpatient control system like the one used by the denounced who enjoy the benefits of transition or work studies.

The electronic ankle that Boudou will carry, and can not be removed even to swim, is a satellite placement system that constantly reports its location to a GPS device, which is like a mobile phone.

Boudou for the federal court 4 in the event that the sale of the Ciccone chalcography and before it was sentenced is being investigated.

The bracelet can not be separated from the "cell" more than a certain distance. For example, the "mobile phone" may remain on a table while the sentenced person moves into the house, but if he leaves, the vice president must carry that device because he is the one who receives the information from the ankle and the one who reports all your time position

This happiness with the cell send the information about the condemned position within the 24 hours to two surveillance centers, as the system has a double check. One of the centers is in the Ministry of Justice and the other has the company that gives the state this technology, called Surely and is of Argentinean capital.

Amado Boudou was detained in the Ezeiza prison.

Anklet is a device similar to a watch that is activated with special tools. Once they are charged with the accused of the condemned, they can not be removed and report not only the placement but also if the units were engineered improperly or offended.

With the votes of the judges María Gabriela López Iñíguez and Adriana Palliotti, TOC No. 4 also ordered a real bond of a million pesos for the former Minister of Economy, it is forbidden to leave the country.

Boudou was sentenced to 5 years and 10 months in prison in the case of the former Calcográfica Ciccone for the crimes of bribery and negotiations incompatible with the public function.

But the verdict is not fixed and hearing the prosecution of banker Jorge Brito and former leader of AFIP, Ricardo Echegaray, in Ciccone II case, Boudou attorneys found that "there was no room for him to keep being detained" they explained. to bugle close to the defense. They claimed that "There was no risk to prevent the investigation ".

These were those analyzed by TOF 4, where judges María Gabriela López Íñiguez, who had already opposed the arrest during the service of the trial of the former intaglio and that of his partner Adriana Palliloti, voted favorably. Meanwhile, Néstor Costabel voted in rejecting the benefits of the release.