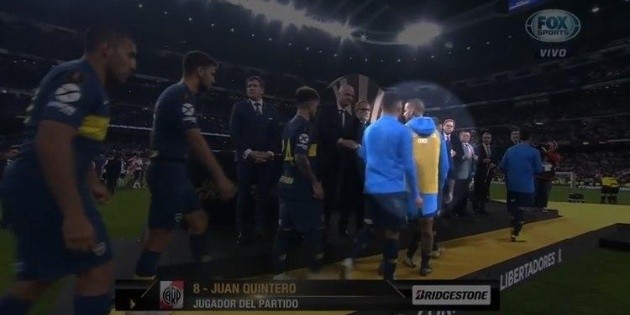 According to the Argentine press's perception of this suspension of the Copa Libertadores finale, which should have been played at El Monumental on Saturday 24 November, Darío Benedetto was one of the Boca players who did not want to play the game because of the aggression De had a bit of a group of river fans.

This seemed to confirm the last Sunday when the exhibition ceremony, where Boca players had to hang the silver medal, scored its annoyance in the face of Conmebol's president.

As they revealed to Infobae from Boca World, as he passed next to Alejandro Domínguez, Benedetto looked at him and asked: "Are you happy?"that accompanies the comment for an insult to the air.

It should be noted that not only in Boca there was discomfort with Conmebol's final decision as they in the river felt hurt by losing the location in El Monumental, by the number of fans who had tickets and could not travel to Madrid and because the rivalry could also publish something that they could not have done in La Bombonera.