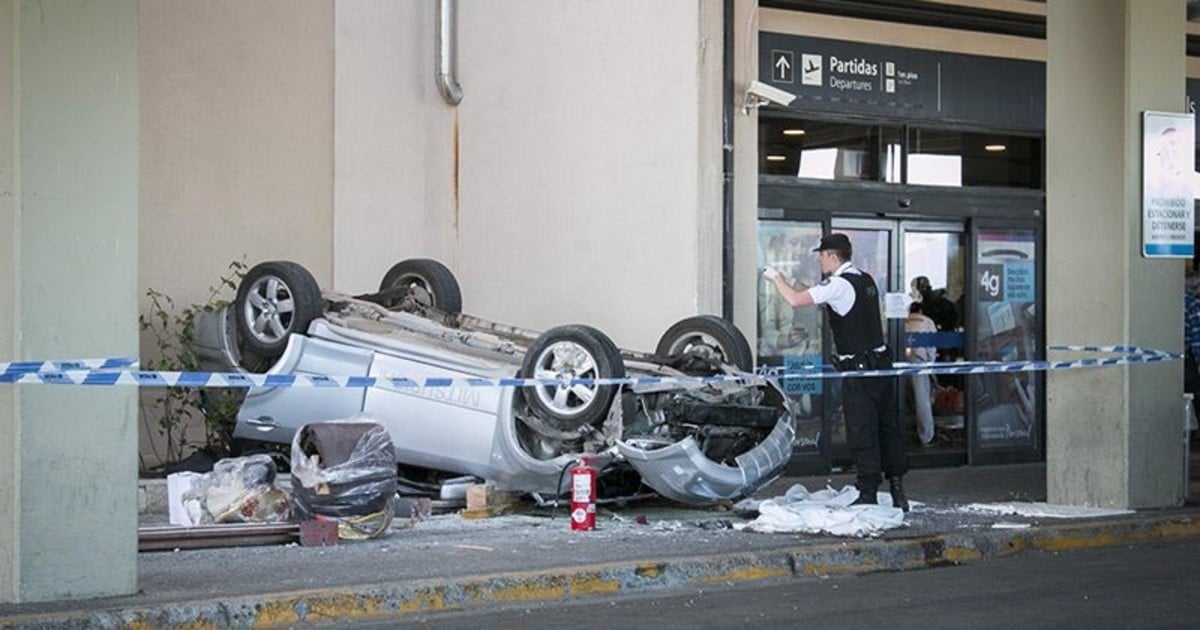 A family from Neuquén and the vehicle they drove, surprisingly fell from the top wing of Bariloche airport to the empty product speculated for poor maneuvering or a problem with the automatic gearbox.

This Saturday about 17 left a grandmother, her husband and grandchildren aged 15 and 18, the parking lot at the mountain airport in the departure area of ​​their Mitsubishi. This sector is located on the second floor of the building. Suddenly they count witnesses the vehicle accelerated hard and continued for a long time, overcome a low-height cement wall until they are deposited in the lower part, turned around just where the arrivals are made.

Only a miracle prevented others from being hurt because of the enormous effect. Thousands of passengers, including tourists and neighbors, circulate daily on foot and by car in the area.

The woman who took the worst part was rushed to the regional hospital in town. As reported in the institution, his condition is serious product of a serious head trauma and is in a coma. The other relatives got less bruises.

The car's image is impressive. For several hours, it was reversed, as it was after the collision with the ground, in a room that is only an inch from the automatic doors that rush through the passengers every day.

The back of the car was against one of the walls of the building, while the front side of the car was part of the path. The doors were open, completely broken and some of the personal items were scattered because of the intensity of the battle.