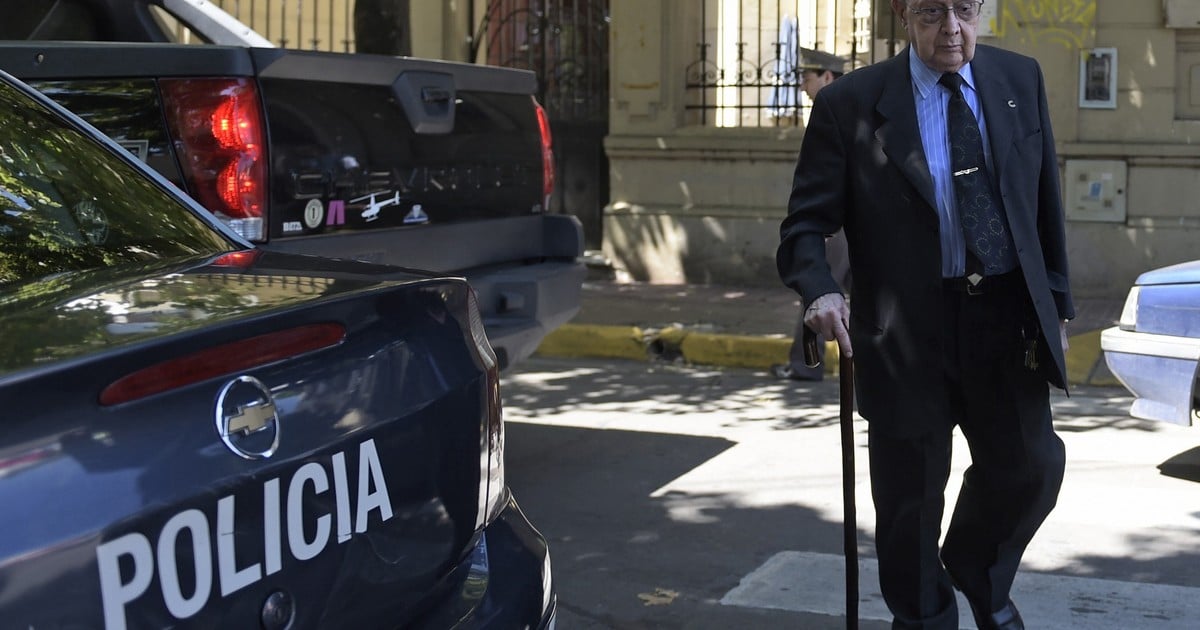 Osvaldo Hugo Raffo was 88 years old and had an easy career: He was the most important forensic physician in Argentine history when he intervened in the most significant cases, such as Nora Dalmasso, María Marta García Belsunce, José Luis Cabezas, Candela Rodríguez, Angeles Rawson , Cro-Magnon's tragedy and prosecutor Alberto Nisman who said he was killed.

This Monday he was found dead in his house on Florida Street in 2300 San Andrés, San Martín. He had a shot in his head and a revolver in one hand, according to the agents of the 8th police station.

In the kitchen he had put a note to his caretaker. "I can't stand the pain that bothers me anymore. Don't blame anyone for my death. God forgive me"he wrote with his signature and his stamp at the bottom.

Raffo was born in Parque Patricios on October 31, 1930, the year of President Hipólito Yrigoy's overthrow. The butcher's son, he commented in several interviews, that he believed he had tended to the specialty of a thanatologist (from the Greek thanatos, death) "to see so many dead cows" when he was a boy.

He was received as a doctor in UBA, in 1957. Nisman was not yet born. Ten years later he received a specialty as a doctor. His book "The Violent Death", published in the 80s, is still a basic guide and header for criminologists who filled the rooms every time the doctor presented an academic talk. Everyone called him "teacher".

Raffo was found in his house in San Martin, one of a lifetime. He helped with a stick and until months before his death he continued to make the basic movements of kendo, the martial art of the Japanese samurai, which he has practiced since adolescence. A kind of fence with saber. For him, his cable to the ground. In his youth he was a judo champion and one afternoon he received a medal from the hands of President Juan Domingo Perón.

Injured Osvaldo Raffo, in full work for the cause of Alberto Nisman. (Rolando Andrade Stracuzzi)

Nora Dalmasso, María Marta Garcia Belsunce, José Luis Cabezas, Candela Rodríguez, Angeles Rawson, Cromañón Tragedy. There was no crime or shocking death that did not occur under the microscope of the most consulted medical examiner in Argentina. Also suicide, always painful or inexplicable.

Raffo was the one who did the autopsy on the body of René Favaloro. Then he wanted to tell that the winter morning in the year 2000 he left the morning house.

It was one of his 20,000 autopsies. An overwhelming amount, if you think that a person retiring after 30 years of working life, works on average about 7,500 days. The bodies speak and Raffo learned to listen to them. He listened to them for more than 50 years.

For his career, he was hired by judge Sandra Arroyo Salgado, mother of the judge for prosecutor Alberto Nisman.

Osvaldo Raffo's body was found in his house in San Martin. (Mario Sayes)

For Raffo, the crime scene was a temple. Therefore, he returned to the Le Parc Tower apartment three weeks after the facts and found hair and other evidence that had gone unnoticed by the experts who were working on site the same night after the body's discovery.

When speaking of the study of the site, Raffo referred to the classics of crime: "It is three quarters of the autopsy" defined for the test Alexandre Lacassagne, French physician and criminologist and rival of the Italian Cesar Lombroso at the end of 19th century.

For Raffo, the team entering a crime scene must act "in a consistent and methodical manner under the authority of a legal instructor. Firmness and diligence are essential qualities, since a negligible data can be the key"And advised: "The many commissions are not practical: it is probably with the investigator (judge or prosecutor), forensic physician, laboratory specialist in forensic engineering, the photographer, dactylosc and the comic book".

There are six people. The smaller the better. In the Nisman department there were more than thirty, but later there was no DNA from any of them anywhere.

Follow Raffo, in "La Muerte Violenta": "You can't improvise, anticipate or guess. You need to diagnose the adaptation of the reasoning to the facts. Each case must be considered sui generis because murder is never repeated in the same way. It is necessary to experience the criminal scenario in order to obtain fruitful results in the interpretation of the autopsy data. There is an inseparable trilogy in the levée du corps (task of removing the body): examining instead of resuming the body to return to the site. Only then can the classic questionnaire be answered: What happened? Who did it? How? When? Why?".

And he concludes: "The place of the event is a sacred place. The simple mobilization of an object from its primitive place is enough to lead the scientist down the wrong path".