PHOTO: A storm rages a galaxy in space 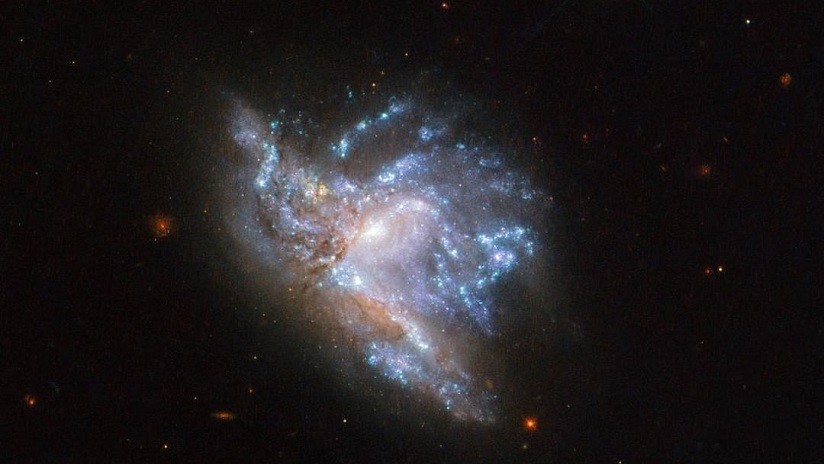 NASA specialists recorded a storm that erupted in the galaxy SDSS 1430 + 1339, where an object called & # 39; Teacup & # 39; was observed, the agency reported on March 14 through a communicated on your website.

The cause of the process is a supermassive black hole located in the center of the galaxy and attracting the matter nearby. After the enormous rotational speed of the accretion disk around the object, much of the energy emitting light and electromagnetic radiation appears. The massive holes that grow so fast are also known as & quot; quasars & quot ;.

NASA published an image of that storm that contains the data from the Chandra X-ray Observatory (whose data is shown in blue in the composite image) and the Hubble Space Telescope (whose optical data is marked in red and green).

Additionally, the data obtained thanks to the Chandra Observatory is allowed to observe the presence of hot gas inside the bubble, suggesting that "the wind of material is blowing from the black hole".

The SDSS 1430 + 1339 Galaxy is about 1,100 million light-years from Earth and was discovered in 2007 using the Sloan Digital Sky Survey (SDSS), the space inspection project using images in the visible spectrum and redshift.