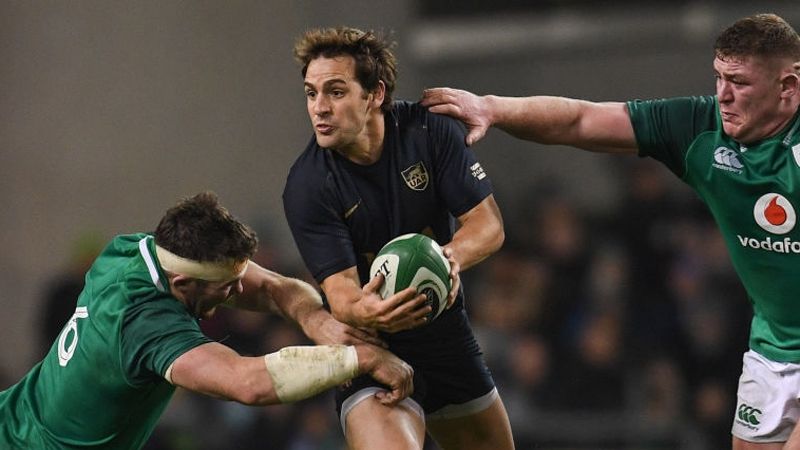 The Argentinean rugby team will meet Ireland in the match that will open the Pumas International European Tour, which includes clashes with its counterparts from France, Scotland and the Barbarian team.

The match will be played at 15:30 (Argentina time) at Aviva Stadium in Dublin and will be chaired by Australian Nic Berry, who will be assisted by Angus Gadner from Australia and Ludovic of France.

Tour of Europe of the Pumas will mark the debut of coach Mario Ledesma in European countries and will go to the Argentine national team's first triumph against Ireland after adding seven consecutive losses of visitors to the team "Trebol".

The Argentine team will continue its journey one week later to the pair in France, in Lille, while on Saturday 24 will be measured in Edinburgh with Scotland's representative.

Finally, the Argentinean national team will close the international season on November 1 against the barbaric team at Twickenham Stadium in London.

The most prominent news in the Pumas team will be Guido Petti's presence in the third line. His usual position is the second and the return to the scrumhalf Tomás Cubelli.

Puma's last match against Ireland was November 25 last year with a defeat from 28 to 19, the match being played at Aviva Stadium in Dublin. The pumas add eight cases of visitors to the team "Trebol", the only European headquarters where they failed to win.

Representatives of Ireland and Argentina were measured 17 times, with eleven victories of the British and six by Pumas, two of which eliminated the team 'del Trebol' at the World Cup 1999 (28-24 in objective) and 2015 (43 to 20 in Cardiff).

The Irish national team remains second in the official ranking of World Rugby, while Pumas occupies the ninth place.

Last weekend, Ireland shot its Italian equivalent of 54-7 in a match played at Soldier Field Stadium in Chicago and next week they will meet the ruling world champion, New Zealand, in Dublin.