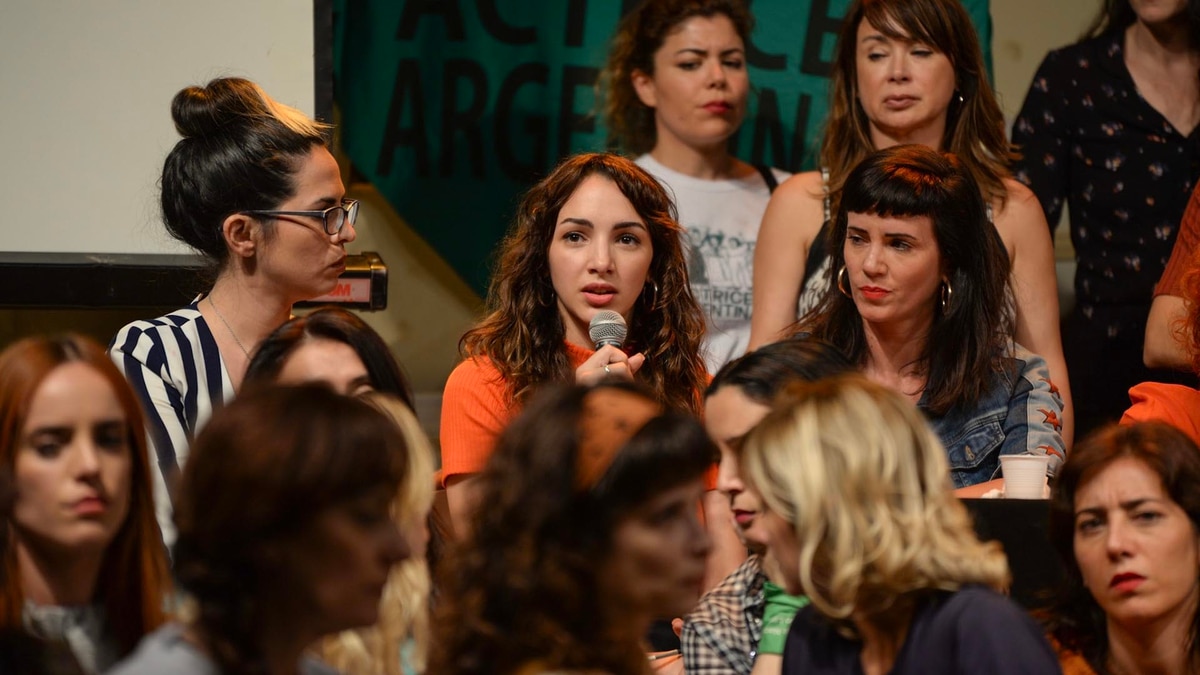 Then the full story of Fardín:

At the end of Patito Feo's trip in Nicaragua we arrived at the stadium and the hotel was collapsed. I took pictures to show my mother. They took us to the bottom, to the pool area and closed it because there were equal people who paid to get to the throw.

They tell us that we could not go to the lobby in any way because it was blown up. We were not with a delegation that protected us. To go to my room I go up the stairs. Behind me comes this man. I remember that patent.

It was already late, because in Nicaragua at six in the afternoon there is no sun. I slept alone in the room. And this guy was in front of me in another room, and we had to go down to eat and cut a cake because it was the birthday of a companion.

When I wanted to get into my room, the card became de-magnetized. I came from the pool and was wearing a basic shorcito, a small cloth and the towel. He told me: "You can not go down to the front desk, why do not you call from my room and have a card uploaded to you?"

I did it and he started kissing my neck from behind. I was completely paralyzed. Even today, if I call up and they start to do that, I do not think it's in place.

At that moment I was completely confused. He grabbed my hand, turned around, made me touch it, showed me it was upright and said, "See how you put me."

He threw me on the bed. The shorts run. He practiced oral sex. I say no, I say no and his name. He continues and touches me. He's stuck in my fingers. And at that moment I say: "Your children are my age." Then I discover that it is something very typical for the victims to think about what the victim does not believe. And to believe that it can not happen.

I stopped saying no. It is a very strong sentence. And he climbed up on me and penetrated me. At that moment they knock on the door to get me the card. It makes him come out of me. I run to the door. He does not tell me to go. I come in my room to take a long bath. I did not understand

I was a baby. I was completely out of what I could do. I had to google how old I was at that time (45 years), because to me it was a man. Exit. He could be my father. I did not know how old he was.

I went down for dinner and he looked at me. I could not hold the appearance that generated much oppression.

Then he begins to call me on the phone and said, "I came to my room." I told him no, by no means and cut. He said to me, "Please come on." And "if you do not want to come take a walk down the hallway", "tell me what you're up to". I hung on the phone, though I always woke up with the phone as an alarm clock to make sure I did not fall asleep. I was almost awake all night.

I went down to the lobby in the morning and there was this guy who was the only adult among the actors. He said, "I was a child more." And that's the problem: he was not a child anymore, he was a gentleman. He told two boys: "I could not sleep, I was up all night to the rod". And he looked at me with a compassion that did not exist.

I was wearing the suitcase and he comes up to me and says, "You will never miss work". If I agreed he would guarantee me work and my work would be subject to my sexual services and not my talent.

Two months later, I began to kittle my whole face and I could not stop crying and crying. My mother took me to a guard because she was very scared. In the watch they recognized me and told me that I was very stressed by everything I had lived. They referred to success and I was like two months lying on the sofa in my house watching movies I left I left with jogging and T-shirt I did not like my body. I gave up and did not go to school every day. But we're back with that diagnosis.

When Calu Rivero spoke in the media about her work experience, a friend divorced her in a chat and I told her that "I had a crazy experience". I told him two months ago. And it's very exciting to not be able to talk because he can attack me. But first of all, we must understand that victims are taking a long process of speaking.