The celebration of the river in Obelisk ended with events 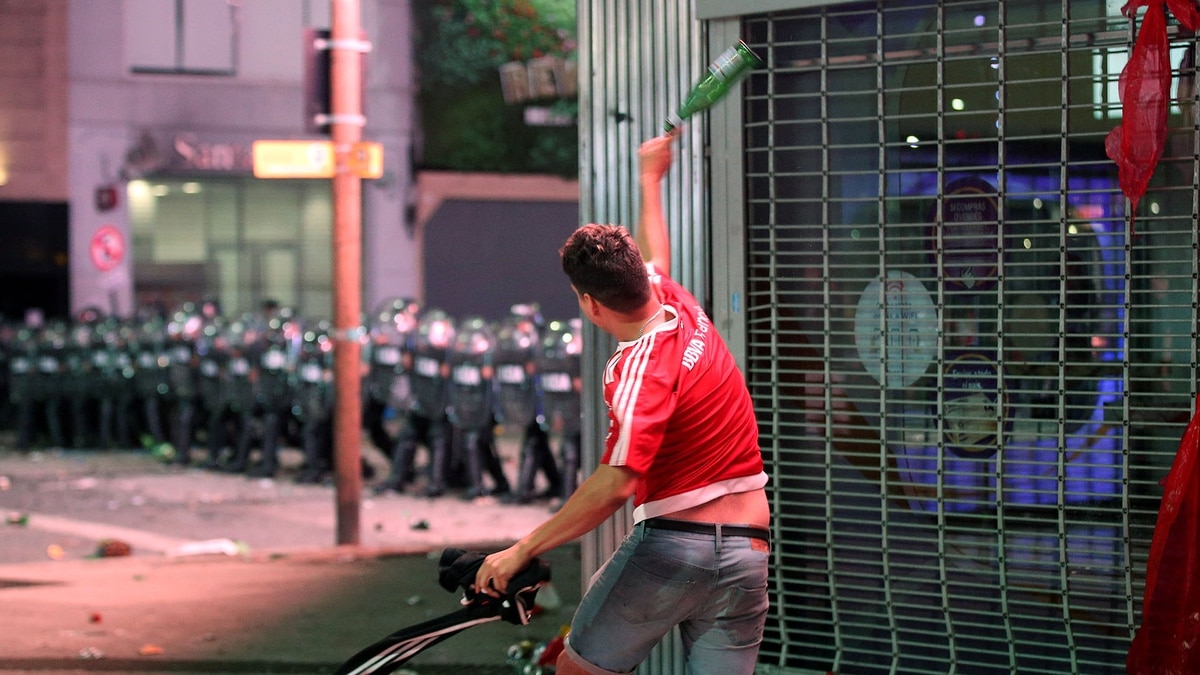 A group of River fans threw stones and bottles against the police during the celebration of the obelisk and troops reacted with gases and rubber balls to deconcentrate the violent.

Some also threw projectiles into shops in the area.

As part of a major security operation to avoid repeating any kind of incidents such as those that caused the cancellation of the game in Monumental, the violent Once again they destroyed what should have been a popular party.

After midnight, the police complete the entire area of ​​Obelisk and 9 de Julio Avenue. Police sources estimated that nearly 20,000 people had gathered. Fortunately, a large part of the fans had already started deconcentrating moments before.

As reported by city police, There were 20 delayed and at least three injured "with different injuries". Several people were preserved for prevention and later released. The police used attack vehicles, hydrants, motorcycles and infantry with shields.

However Many fans continued the celebrations after moving to the south, in the constitutional area.

The protocol before 1 was the city's cleaning staff already started working near the obelisk.