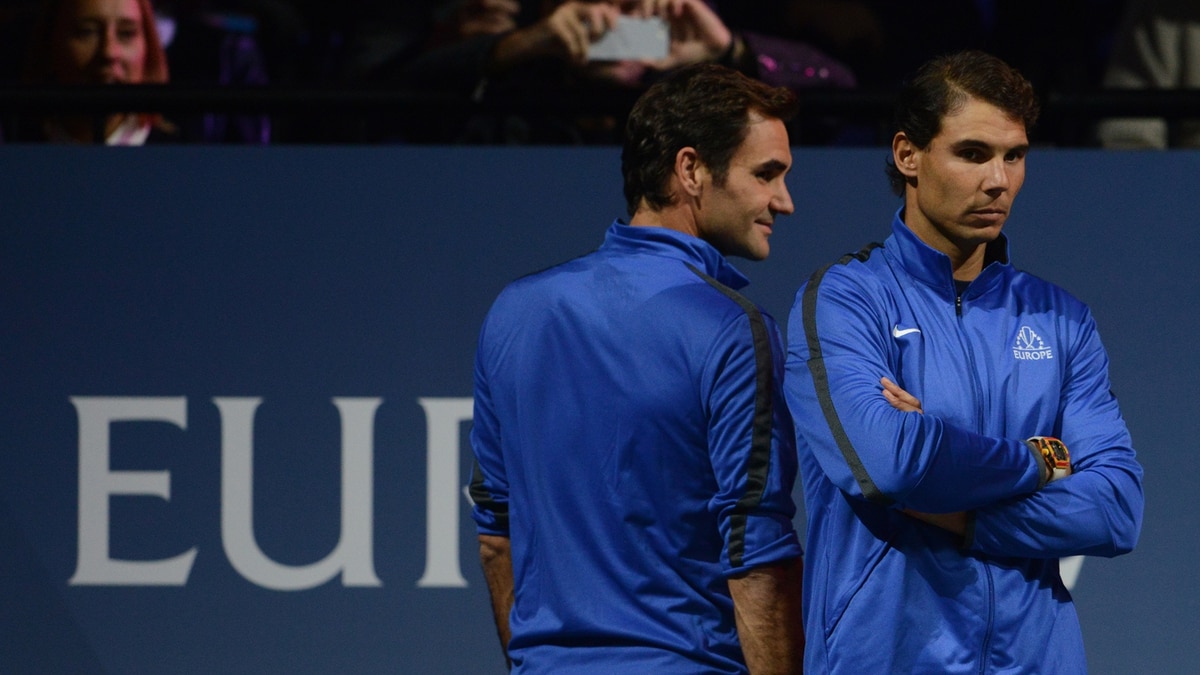 Yes, Nadal and Federer, the two players who always said they admired and respected each other. And it is true, they admire and respect each other with sincerity, why Federer complained on Saturday that Nadal stepped down to play the Indian Wells semi-finals against the uprising of his chronic knee problems.

The Swiss and Spanish are united by too much history, however Once upon a time, Nadal went round the circuit with an increasing anger with Federer. Until unintentionally, he published it, and the answer came with Swiss diplomacy and a few pieces of irony.

"His is very easy …" Nadal complained about Federer. "I'm not saying anything, all positive, I'm like a gentleman that others are burning."

It was in January 2012 in Melbourne, Australia, and the battle between the two biggest players of the last decade and a half had its origin in the same subject that today the distance to Djokovic: ATP's future and the name of the new boss, although in the case of Swiss and Spanish ingredients were added.

The battle had an immediate precedent two months before: November 2011 in London. Nadal visited Federer at his hotel near midnight to try and reach agreement. There was not and the Spanish would arrive two months later to Australia, which accumulated pressure. Tanta, who preferred to skip the breakfast she shares with the Swiss every year before the first Grand Slam of the season begins.

because Nadal is like his uncle Toni: if he is convinced of anything, he goes to the attack without measuring the consequences. That's what he did in the hot Australian summer.

"Everyone has their opinion on things, everyone is free to have another vision of what is, maybe he likes the circuit … I also like the circuit, I think we have a circuit fantastic and much better than most Sports, so I can only talk positively about tennis, it does not mean that there are things that can be improved. Is the circuit okay? Yes, but there are bad things in the circuit and things that are bad must try to change ".

Nadal's thing was a catharsis, he finally said publicly what he talked so many times to confidential people, even though the case would not end there, Nadal I would continue to talk dry about "him" to refer to Federer. From the warm and respectful "Roger" he usually uses or afternoon news.

"That's all we say, and the vast majority of players think of this if he has another opinion, well … If most people think of a thing and very few think of another, maybe those are wrong ".

It was 300 seconds when the Spaniard spat out of his truth, his view of the circuit and his anger with Federer so as not to accompany him on that path..

Five minutes in short, tennis returned to its usual state because the abnormality was what happened: number one and two in the world working side by side on the players' table.

Only under light-energetic effects can you imagine John McEnroe, Jimmy Connors, Boris Becker, Ivan Lendl, Pete Sampras, or Andre Agassi who live similar experiences and share hours and hours of debates and decisions with their toughest rivals. Sampras himself admitted it in an interview in September 2012 with New York Times to justify why in his time players like him and Agassi did not act as Federer and Nadal: "Gathering the ten bests in the same room is complicated, let alone putting them all together. It's not the NBA, it's not a union you are individualities, there were many different opinions, and to be honest with you, I did not have the energy to get involved. "

Warned by the press's reaction and advice from his closest group, Nadal wanted to moderate the effects of his explosive statements, but as often happens when things go out, it was already more than difficult to return to the path.

Because Spanish had been very specific in its criticism of the Swiss. "Maybe he has a superphysician who finishes the race as a rose." Neither I nor Murray or Djokovic should complete the race as a rose, we will end up physically touched. Tennis is an important period in our lives, yes, but like tennis is focused and the way the calendar is made. At what age do we end tennis? Unless you are a super privileged one like him, who has a facility – I don't doubt his efforts, but he has a huge facility to play tennis – everyone else has to work a little more than him and we have more physical use than him. at what age will you finish your tennis career if you start young? Kl. 28, 30, 31? You have a lot of life in front of you. It's also important how you finish your career, because when I retire, I will be able to play football with my friends, I want to ski if I want to. I'm afraid not to be able to do it. Is it logical to complain about it or not? "

It was logical, probably, but Nadal would not stop breaking up in the days of nerves in Australia.

A moment after the Spanish verbal explosion, Federer crossed with him through the stadium's corridors.

"I saw him after he made these comments on Sunday afternoon," Federer said. "I asked him how the press conference went, he didn't know he had spoken to the press, he said" yes it was good ", he mentioned some things, and I said" ok, "then I read what he had said. "

In other times of tennis, the recipient of the criticism would have reacted with violence. But Federer is very Federer to do. "Things are good between us, I don't have bad feelings about him "He said first. And months later, during an interview with the Spanish newspaper The country, he allowed himself to be more precise: "What Nadal said did not hurt me a little ".

In addition to their differences about the ranking system and the extension of the season, the big gap between Nadal and Federer went through the name of the future leader of ATP. When Federer won, this time both will be the same: being Chris Kermode. But Kermode already said he would leave, which is what Djokovic wants.

At a public level, the resentment of Spanish with the Swiss in 2012 surprised more than the criticism, both dedicated in recent days to Serbian. But if you dig to go beyond the surface, distances with Djokovic are bigger today. Nadal and Federer cannot agree on everything, but they feel like peers and representatives of a way to understand tennis and sports. A way to behave very differently from what they understand Djokovic has. They will never say it publicly, but they feel the Serbian lacks class. And he will never admit it, but Djokovic understands that the pair of the two "R" is not giving him the place he deserves when it comes to talking about the future of tennis.

The fight with Djokovic thus promises to grow, but it will never surprise the level of the volcanic Australian explosion of Rafa against Roger.