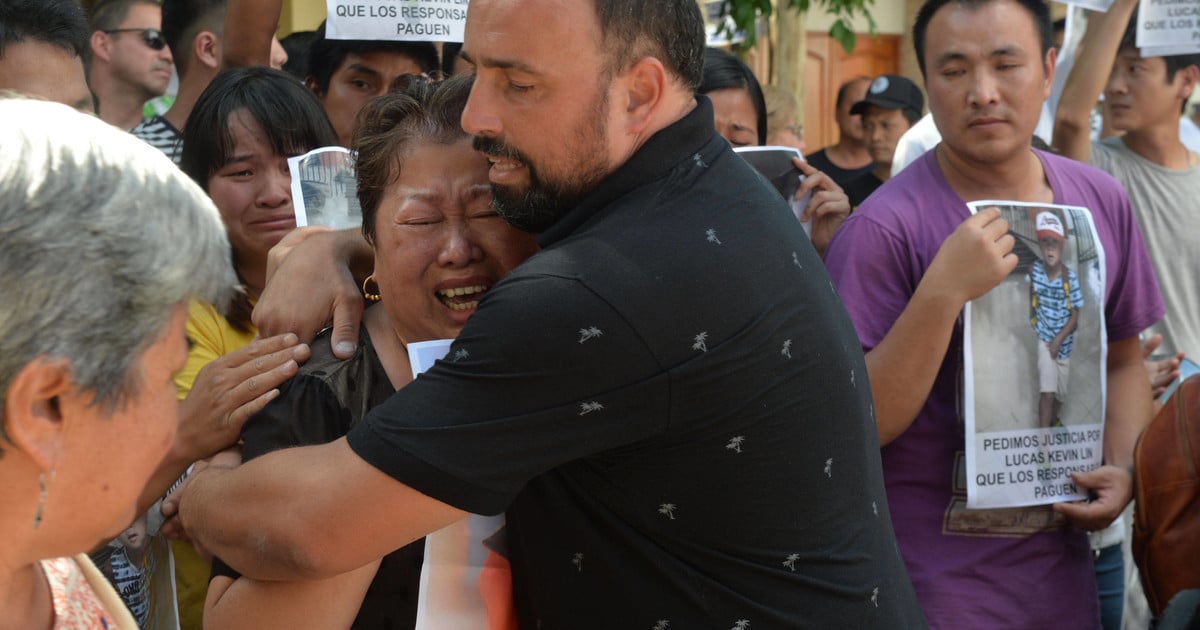 The lifeguard responsible for the custody of Lucas Lin and 17 other children in the holiday colony, where the child under 5 drowned, had "an optimal vision" of the entire pool from his checkpoint. This was created by a planimetric expertise and an "observation test" by the prosecutor Cacelia Corfield, who was responsible for the investigation of the tragedy, which hit a family of Chinese origin who has lived in La Plata for 20 years.

The procedure was done while Lucas would be dead after falling to the bottom of the indoor pool at Lincoln College's recreational complex, one of the most traditional in the capital of Buenos Aires.

The incident took place on Tuesday in the sports area installed in 518, between 136 and 137, in the Hernandez area, 10 minutes from the center of the capital. The Prosecutor points to his investigation of three members of the body of assistants from the summer colony "Lincoln Summer Camp": the physical education teacher (who would not have a degree but fulfilled that function); the lifeguard and the coordinator of the group that Lucas attended.

They are not imposed because Corfield has not yet defined the legal type of crime that could be imposed in the case. The Prosecutor has some certainty: There was no intention (or intention). This stems from the autopsy, which found death by "suffocation by immersion" without previous injuries or signs of defense by the victim.

From the collection of several evidence it will be possible to determine whether it is an accident; an unlawful death or surrender of the person followed by death. At the moment, the three involved were informed of the opening of a case so that they appoint lawyers, have access to the case and ultimately draw up a statement.

"Until the imputation is defined, they cannot be called to witness, nor will they be called as witnesses," he explained. bugle Prosecutor Corfield.

At the moment, some hypotheses are being considered: Lucas fell for some reason to the deep part of the swimming pool, and they did not notice it. Managers ordered the quota to leave the sector and did not notice their absence until minutes later when they were offering the talk.

At that time, the child was found in the bottom of the water. Even though the revival tasks were complete, they could not prevent death. "From the lifeguard's position, on a table on one side, the whole pool is completely visible," summarized the expert report. One of the explanations from the authorities was that a sector did not have optimum visibility due to "the sun's reflection on water".

The episode provoked a reaction among a group of parents; relatives and members of the Chinese community La Plata. After receiving solidarity tests at the supermarket door that runs Min Lin, Lucas's father, everyone marched to the institute's headquarters.

Linen arrived in the province's capital at the end of the 90s. They own two commercial stores. In July, Lucas at the door of one of the shops was hit by a motorcycle that fled after the accident. The child had returned from the blows. "I wanted to learn to swim so I would not be bored at home," said the father of the victim in intense pain.

My son has another 10 year old son. On Sunday, they celebrated with a group of family members the Chinese New Year. "They were all happy," said Carina, friend and member of the Eastern community in the protest Wednesday afternoon. "From school they did not come to give explanations, no one replied or announced" they complained from the traders.

Almost at the same time, a brief statement was issued from the academic institution, where the directors expressed the deep grief, for the deadly episode took place on Tuesday about 16 in recreational areas of 135 and 518.

The institution says it will accompany "with respect and solidarity" the family "while the police and the trial are being carried out" to determine what happened.

"Those of us who share countless days with children and adolescents, united by the bond of love built up daily, we express our deep sorrow for this immense loss and the intention of all Lincoln School schools to accompany the Lin family with respect and solidarity ., to his companions and friends as they go through the fear of the lack of the beloved Lucas, "reads the official announcement bearing the signature of leaders, teachers, legal representatives and non-teachers.

One of the issues raised by Lin's relatives was the school's "silence" after the tragedy that moved the community attended by more than 800 initial, primary and secondary students.