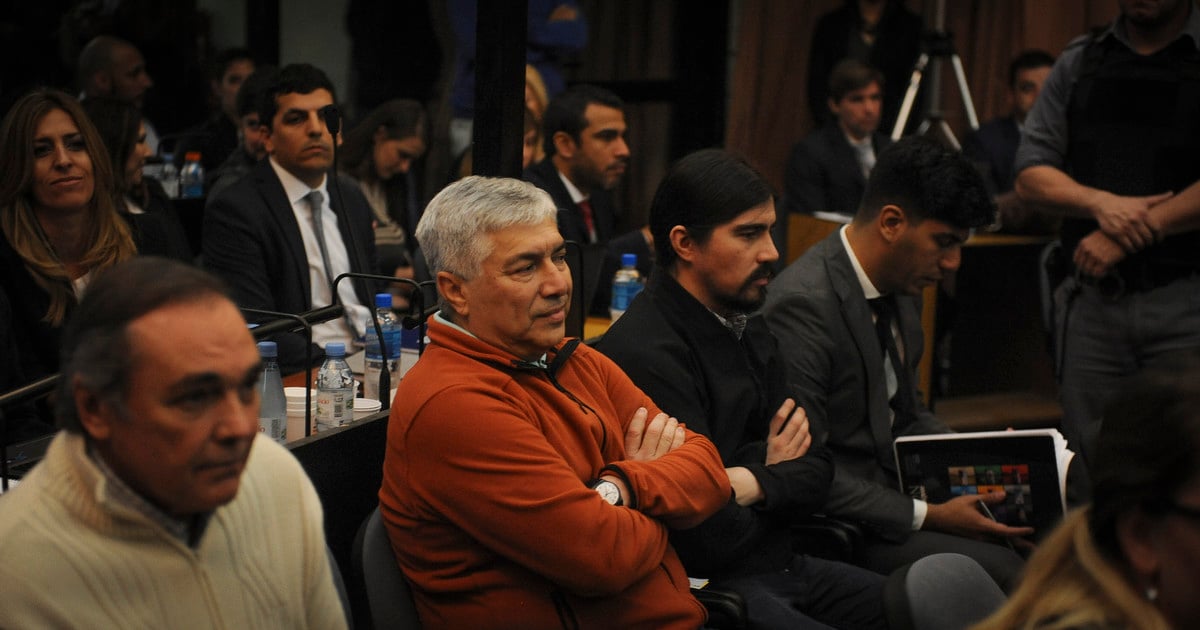 The Prosecutor of the Court, making the trial of Money Route K, Abel Córdoba, requested the arrest of the oldest son of Lázaro Báez when money movements were recorded for more than $ 5 million abroad, according to a report from Financial Information Unit (UIF). Following this request, the Federal Government requested 4 (TOF 4) Martín Báez to meet during the trial if not ordered his immediate arrest.

Martín Báez was absent in the first audience in 2019 of the trial, which began in October last year for the cause known as "the route of money K". Along with his three brothers and his father, businessman and former business partner in the Kirchne family, he is accused of money laundering for $ 60 million.

Before his absence without justification, TOF 4 asked, integrated by Néstor Costabel, María Gabriela López Íñiguez and Adriana Pallioti, to present themselves low risk of being stopped.

Prior to notice, after 13, the largest of Báez's sons was presented at the Rio Gallegos Federal Court, where he also reported that he has flights to travel tonight to Buenos Aires. For this reason, the TOF 4 postponed the presentation of the presentation to Thursday at 8:00 am "when the defense claimed it had tickets and it will be heard and then decided," told legal sources Clarín.

It was also pointed out that this postponement not "disable prosecutor's arrest warrant" It was not necessary for his absence but for "violating preventive measures".

In parallel, the prosecutor discovered Córdoba money movements for $ 5 million within the framework of the preventive measures imposed on Martín Báez, and was therefore requested to be detained. TOF has not yet been issued.

The information that complicates the situation of Martín Báez is linked to a number of accounts filed abroad. Businessman K's son has an embargo of $ 600 million in this file, and despite the measure, it worked "with articulation and external execution of complex and millionaire maneuvers", the prosecutor traveled Cordoba.

The maneuver was announced as a result of a report by the FIU led by Mariano Federici, where he discovered that they had EUR 3,050,918 in account 590201 of the CBH LTD Bank of the Bahamas, funds already blocked.

Lázaron and Martín Báez during one of the trial in 2018.

The bank account corresponds to the signature Eastern Shoreline Limited, if the final beneficiaries were the four sons of Baez: Martín, Luciana, Leandro and Melina Báez. These funds came from Kinski SA.

On February 25, 2015, Martín Báez signed on behalf of the company Kinski the opening of account 579484 in the Bahamas Bank CBH LDT. Within a few months, this account from Safra Sarasin Bank received the sum of $ 10,399,975 from Item 608663, whose ownership was of the institute Kinsky, whose recipients were the four children in Báez.

So by the end of 2015 and through the efforts of Ahmad Strachan and Úrsula Rulle, the account was opened at the CBH LTD Bank of the Bahamas. 590201 on behalf of the company Eastern Shoreline Limited, established in the same country.

The financial intelligence report states that the recipient of this account is Artincom International Trading Corp, established in the Republic of Marshall Islands. It is in this last account where they were sent more than $ 10 million previously deposited in the accounts of Kinski S.A.

In the same bank, a sub-account (no. 590207) was created, and as mentioned by the prosecutor Córdoba, Movements in dollars were recorded until August 2 and euros until July.

As a negative factor for the situation of Martín Báez, the judiciary discovered that this was the case with both Last accounts registered in Bahamas CBH LTD figure Martín Báez as "beneficial owner".

In his arrest warrant, the prosecutor said Córdoba: "It was Martín Báez, who, in the light of an analysis of the fact's domain, appears with a greater protagonism, is evident in particular from the personal subscription to documents that carry out orders in the business plan and financially available for sale by funds of illegal origin, in open conflict with the issued jurisdiction decisions. "

This is the basis for Córdoba to request the arrest, referring to the presence of "procedural risks" when they are free Martín Báez, since the banking business was "led" by him "and developed within the framework of the corporate structure to hold and manage illegal source funds, originally from its father's illegal activity".

Although Leandro Báez also participated, it was lower for the prosecutor and for that reason he had requested that the duty not to waive himself for more than 24 hours from his home be imposed on him and the obligation to appear periodically before the Court.

The K-money route was linked to the cause of the fraud to the state by the irregular transfer of public works to Lázaro Báez under the Kirchner government (52 contracts for $ 46,000 million). In this file judge Julián Ercolini Cristina Kirchner and Báez prosecuted for illegal association. It was considered a preaching crime in the case where the employer is imprisoned two and a half years ago.

Therefore, in the third test, he is called "conglobante", judge Sebastián Casanello left the 26 accused near the face a maximum sentence of 14 yearswhere usual operations weighed.

I also took into account "raising funds in Switzerland". So far, Lázaro Báez had been prosecuted for the alien of "dirty" money and his re-entry into the country. Without excluding the fact that his legacy has increased significantly between 2010 and 2013, he adds today more than 420 properties to 2,547 million pesos.

The first exchange of funds is similar to the images from SGI funding, where Martín Báez and other people from the businessman's surroundings were seen K, representing $ 5.1 million.

Then, between December 2012 and April 2013, $ 33 million added to the legacy of Austral Construcciones was reinstated in the country through a number of transactions with public debt instruments. These were acquired in Switzerland and deposited by the bank J. Safra through the Helvetic Services Group. As administrator of this firm, lawyer Jorge Chueco approved at least nine checks in favor of Austral, which was deposited by the company at Banco Nación.

Several evidence was added when Switzerland confirmed as it considered bugle. 139 banking companies for $ 20 million implemented via SGI and Marketing and Logistic Management SA with the Swiss banks PKB Privatbank and J. Safra Bank, where there would be related accounts "the Báez family". Lazaro's four children were the final recipients of the accounts.

For the sum of money being laundered, $ 60 million, an embargo of $ 600 million was spent on each of those who intervened in the operations, the maximum penalty in the Money Laundering Act. In addition, the companies that were indispensable in the washing operations were included: Austral Construcciones, Helvetic Service Group, including the financial SGI. Each is faced with a precautionary measure, also of $ 600 million.