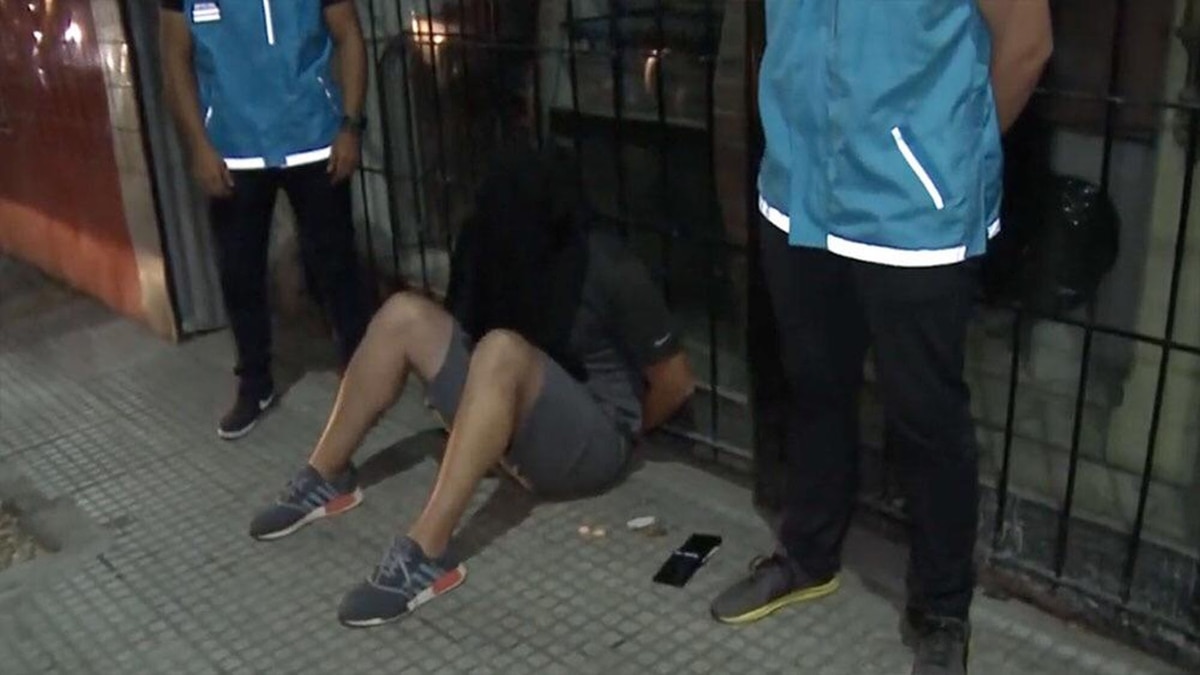 They alleged the attackers of the religious Gabriel Davidovich was identified as a result of the intense tasks performed by the security cameras and thanks to a fingerprint found in one of the windows of the assaulted house, which was allowed to determine where the criminals fled.

In addition, in one of the raids performed, the troops they kidnapped one of the vehicles used for the brutal aggression. It's a Honda CRV truck whose patent was filmed in the movie.

"We have two detainees and the gang identified, this is a good job in the city police. It is our goal that each action has a consequence and makes the criminals available to justice ", the Deputy Head of the Department of Justice and Citizens Security said, Diego Santilli.

After analyzing domes of the influence area with filters and image resolution programs, it was found that the patents of the tires used by the criminals would belong to a private car brand Honda CRV model and a gray Volkswagen Gol. The rest could not be precisely identified, but it would correspond to an Audi A4.

With all the data obtained, it was possible to identify "Coco", "El Chino" and "Pistola" Besides being the main authors of the brutal aggression, they would be the leaders of a band dedicated to "Escruche"(access to housing without residents) and "Robaruedas" in the area and that they would have as a venue a square in Monserrat.

Following consultations with the Office of the Criminal and Correctional Prosecutor No. 20, led by Dr. Donoso Castex, the City's 3 divisions and prevention brigades 3 were authorized to carry out investigation tasks to find the addresses of suspects.

When identified, the acting magistrate ordered the house search, with the arrest of two of the accused.

"There was a broad study of security cameras that took us to those responsible for this fake act and in the raids ordered by Criminal and Correctional Prosecutor's Office No. 20 by Dr. Donoso Castex . clothes that brought the day of the crime in addition to tackling possessions of Rabbi, 200,000 pesos in cash, large number of jewelry, a hat typical of the Jewish religion, a revolver with ammunition 38 millimeters and fabrics ", Minister of Security and Security, Marcelo D & # 39; Alessandro.

By crying out "We know you are Rabbi of AMIA" the criminals who entered the religious leader's house on 27 February they beat him brutally and caused several breakages in his ribs, which determined his hospitalization. They also removed him from an important sum of money, jewelry and jewelry.