Tribute to the Argentine car, which was a colleague of Che Guevara, and who wanted to overthrow Perón – 03/17/2019 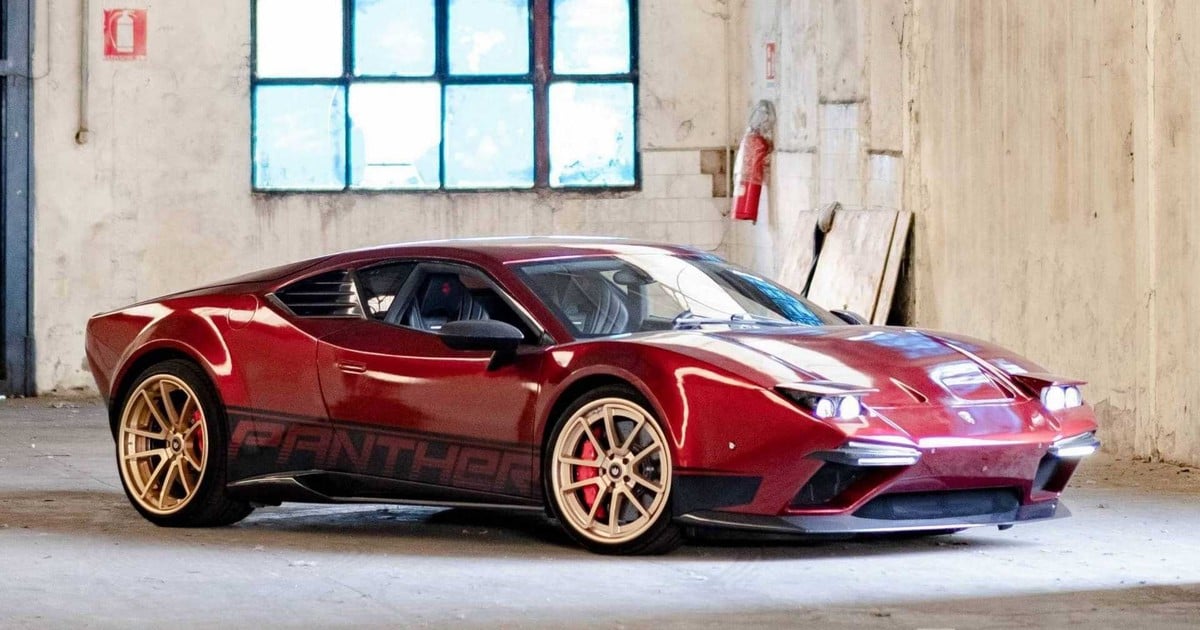 finally Ares Design He has his Panther ready. With the code name on Panther ProgettoUno (Panther Project 1) launches the design center, which is installed in Modena, the Legends Reborn series of Italian car builders.

Alejandro De Tomaso, declared anti-peronist, fled Argentina in the 50s and ended up making his mark in Italy. In 1971 he presented panther, its most emblematic model.

Panther ProgettoUno is the modern interpretation of the De Tomaso Pantera. Based on a Lamborghini Hurricane With full-wheel drive, this new model enjoys some proportions of the original model and even repeats the characteristic retractable headlights.

The specifications go a bit beyond the original De Tomaso. This new coupe carries one 5.2 liter V10, which gives an output of 650 horsepowerThe body is built in carbon fiber.

leads Brembo brakes of six pistons in the front wheels (20 inches) and four pistons on the rear (21). the discs are carbo-ceramic. Excellent "shoe" if you take that into account Maximum speed is 323 km / h.

Ares Design will build alone 21 of these modern panthers, and the first units deliver them in May. The construction process takes three months and the price is 615,000 euros. The company states that it has already sold all the expected models.

Who was Alejandro De Tomaso?

Son of a Conservative Politician (Agriculture Minister of Agriculture Minister Agustín Pedro Justo) and a woman from a wealthy Spanish family, Alejandro De Tomaso had as classmate Ernesto Guevarawhich would later be better known as El Che. And for a while he wrote in the section Finance in Clarini's newspaper.

De Tomaso was a declared anti-peronist and until participated in attempts to overthrow former President Perón, in 1955. It forced him to flee to Uruguay, crashes his own plane and with two suitcases loaded with money, obtained after the sale of some fields.

Then he went to Italy and devoted himself entirely to the cars. He started working at Maserati And during that time, he met and married Elizabeth Haskell, grandson of William Crapo Durant, one of the founders of General Motors. This allowed him to get back Create your own brand, i 1959.

The Argentine set up its headquarters in Modena, and from his factory models like Vallelunga, Mangusta and Panther. In addition, De Tomaso has He became the owner of Moto Guzzi, Innocenti and even Maseratiwho then ended up selling it to Fiat.

Alejandro De Tomaso and his Panther, at Ford offices in Detroit, USA.

This model counted the special participation of Fordwho joined the project with the Mustang Boss engine. The Detroit company, in the development of the Argentine, found the ideal vehicle to continue to "damage" Ferrari, who in the 1960s had refused to be absorbed by the American giant.

In competition he had a few participations in Formula 1, in 1957 (with a Ferrari, in GP in Argentina, who took Juan Manuel Fangio) and 1959 (GP in the US), but not with good results. And in 1970 he had built a car for Frank Williams himself.

De Tomaso (standing) next to F1 monoposto he built for Frank Williams in 1970. (ANSA)

in 1993Alejandro De Tomaso suffered a stroke and was detained in a recovery clinic for the half paralysis that caused him, as a friend he had nothing less than Federico Fellini.