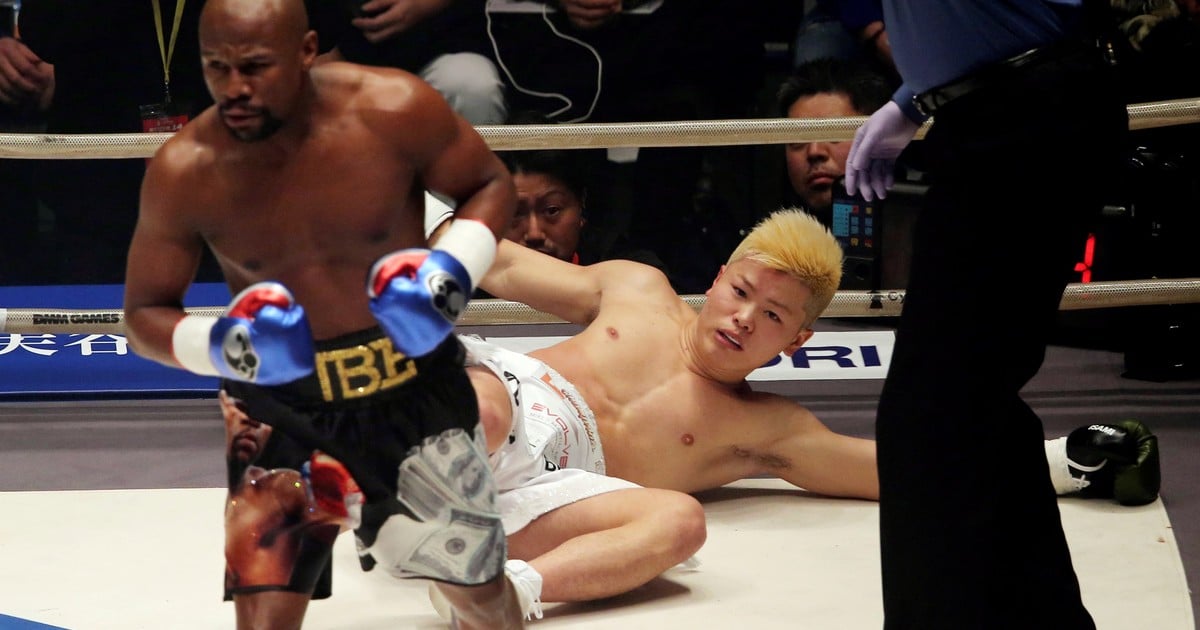 He hit, he won, picked up his bag and went. Floyd Mayweather crushed Japanese kickboxing champion Tenshin Nasukawa on Monday to technical KO in the first round of a circus-smelling "New Year" show, where cans temporarily left their retirement.

Mayweather threw Nasukawa to the canvas three times in the first round before the local coach hurried to stop the match.

The battle, which is quickly forgotten, never constituted a real challenge for Mayweather, at this time in his life more interested in raising money than in sporting challenges.

With much greater weight and reach than his rival, who also had to adapt to a strange discipline for him, he established clear differences since the beginning of the battle, which – for even more serious – arrived three hours late.

In any case, the fight in the Saitama Japanese gave the unique opportunity to look close to a boxing legend. Of course, the show was too far away from the best of his career.