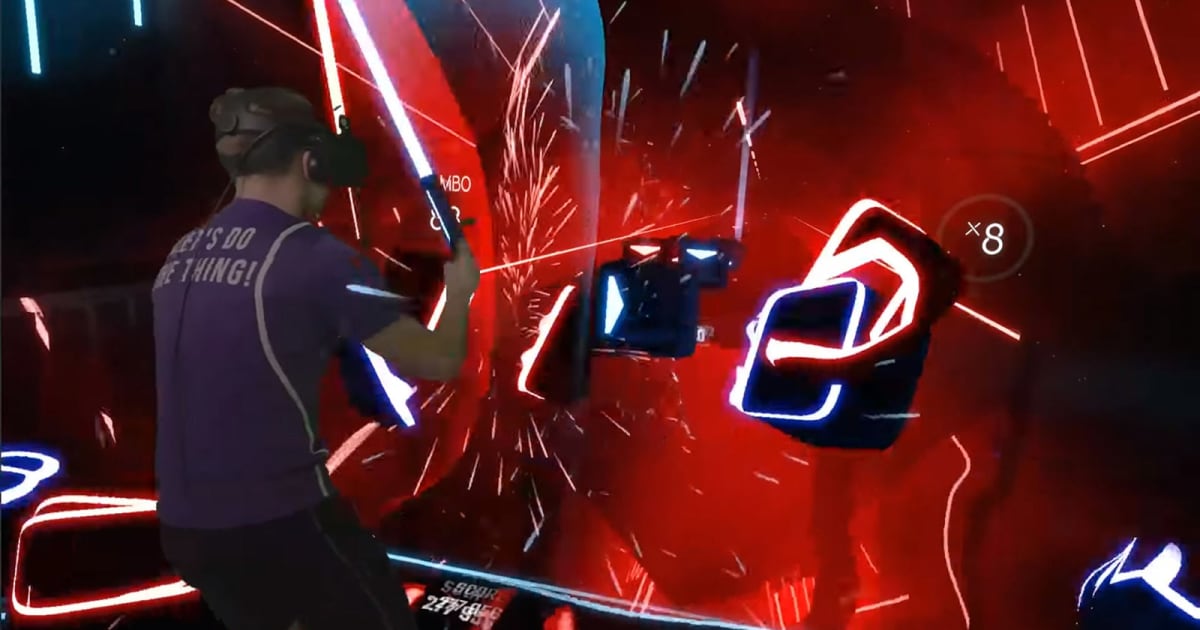 Beat Saber is like Star wars meetings Dance Dance Revolutionand involves cutting blocks with light saber to beat popular tracks. It is played with a Vive VR headset on Steam VR (or on the PlayStation VR and Oculus VR), and players use lighthouses and other controllers to move the saber.

To eliminate tracking errors, Valve had calculated what it thought was the maximum human speed, but it turned out that they were wrong. "For example, if our mathematics says you're * behind * your only base station, we've clearly made a mistake because we wouldn't get any signal behind the base station," the company said. "One of these controls relates to how fast we thought it was physically possible for someone to turn their wrists. It turns out that a properly motivated person using a light enough controller could go faster (3600 degrees / sec!), Than we thought. "

This means that players can turn their wrists 90 degrees in about 1/40 second, about half fast as the refresh rate on a Vive headset. To see what looks like real life, check the video submitted by Felps Live (above) where he shows incredible speed and coordination in cutting boxes. Suffice it to say, this kind of fun publicity VR game needs to become more mainstream.