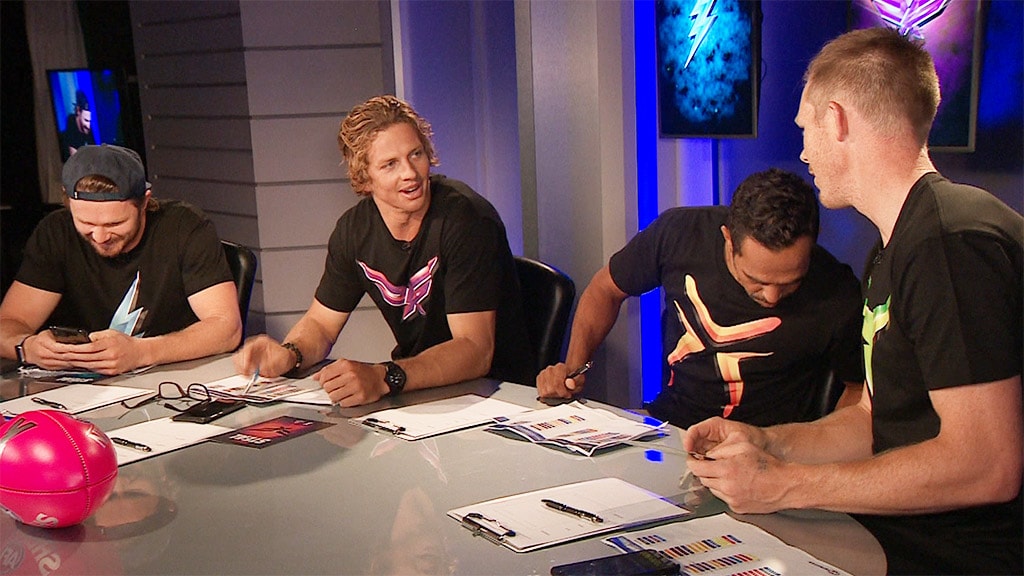 FREMANTLE & # 39; s Bradley Hill has become the first player to be picked in the realestate.com.au AFLX draft, along with Captain Eddie Betts and Vice Captain Shaun Burgoyne at Team Deadly.

AFLX JUMPERS What is your favorite look?

Team Rampage Captain Jack Riewoldt flagged the potential to select Lachie Whitfield at a press conference ahead of the AFLX draft, and he followed these demands by taking the Giant with his first choice (No 4 overall).

Dangerfield's selection of Hawkins stands out as the first round of picks, where Betts and Riewoldt decide to add current players and Fyfe selects a player with great experience.

More on the way

Information and ticket sales via X.afl