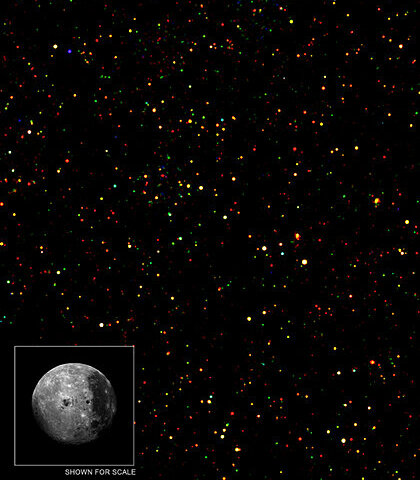 All massive galaxies are believed to host supermassive black holes (SMBHs) at their centers, which grow by accumulating mass from their surroundings. The current picture also envisages the black holes growing in size as their host galaxy evolves, perhaps because galaxy evolution includes accretion triggered by, for example, galaxy fusions. This general picture has been substantiated by two lines of data.

The highest epoch of black holes can be determined by observations of nuclear activity and coincide with the apex of star formation in the universe about ten billion years after the big bang. Star formation is associated with disturbances that heat the gas and cause accretion. In addition, the local universe shows a close relationship between the SMBH mass, the host galaxy wave and the spread of the stars' velocities. These methods (but with weaker confirmation) can also estimate the sizes of SMBH in galaxies in the previous universe, and find that SMBH growth and galaxy growth are co-evolutionary processes. In fact, it seems that the processes can regulate each other over time to produce the galaxy and SMBH sizes we observe today.

Both central black hole growth and star formation are fed by abundance of molecular gas and dust, which can be traced by the infrared substance emitted by the dust. Dust grains, heated by radiation from young stars and active galactic core (AGN) accretion, emit strongly in infrared. As AGN activity also produces X-rays, the expectation is that AGN should track strong dust emissions and that X-ray and infrared emissions should be correlated.

CfA astronomer Mojegan Azadi was a member of a team investigating 703 galaxies of active SMBH cores using both Chandra X-ray data and Spitzer and Herschel infrared, the largest sample to date that made this comparison. Although the team found a trend consistent with infrared correlation with AGN X-ray activity over a large number of cases, they did not find one compared to the AGN's infrared (non-x-ray) contribution. Since AGN infrared comes largely from a dust emitting torus around SMBH, the difference can point to the role of the angle at which we see the torus.

These results help refine the current models of AGN activity, but the authors note that more sensitive, deeper observations should be able to more clearly clarify the physical processes associated with AGN.