About seven of Metallers: Characters are on graduation 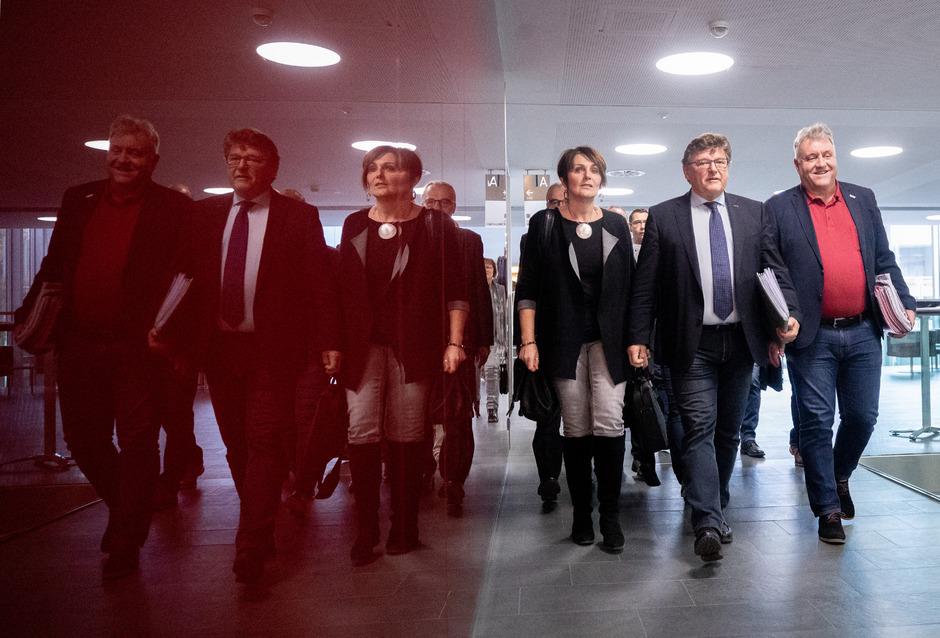 Vienna – The seventh round of the Metals-KV negotiations has been on Sunday afternoon. Among observers there was the hope that it could come to a conclusion today. If they are excluded for today, it may have already taken a break, so the signs would be finished, insiders said.

Prior to the start of the round of negotiations, both employers and employees' representatives felt that the agreement was possible. Both sides required movement from each other.

The negotiations on metal collective agreements had met once more on Sunday morning to finally reach a KV agreement. Above all, it's about money. The union is aiming to close the entire shift on Monday and Tuesday is upright, but today there is no solution. Both parties considered that an agreement would be possible before the negotiations at 11 o'clock.

In terms of framework laws, both sides seem to have been agreed in practice since the previous round from Thursday to Friday. The workers had entered into negotiations with a demand of 5 percent, which now means "we are negotiating".

"Today we still have a hardboard to drill, an agreement is, in principle, possible," says spokesman for employer representatives Christian Knill. "However, trade unions must still move. Given the economic environment, the financial statements have an important impact on the future, so it must be reasonable in any case."

"We got a little closer to the last time. Progress has been made in the framework legislation. The money is still open, the degree of degrees. There was also some movement here – but clearly not enough," said co-negotiator Rainer Wimmer (PRO-GE) in an interview with APA . "If it gets as tough as last time, then we have a big problem." Without an agreement, the first strike begins at 6 o'clock. Whole stock fails. "Then, of course, it will increase," Wimmer said.

Karl Dürtscher (GPA-djp) said, "We are not afraid of strike, but we do not want anything". How many companies could be cut off, union members left open. "Payroll, we are still hanging properly."

51 percent of Austrians believe that demand is justified

According to a survey by the Austrian Society of Marketing (OGM, n = 503), reported by the courier (Saturday), 51 percent of Austrians consider that the Union is asking for a plus of 5 percent. Particular supporters of SPÖ, the small opposition parties and the FPÖ are among them. 39 per cent consider that over-sized, especially senior voters. The remaining 10 percent have no opinion. Similarly, the setting of the warning turns off, unless the OMP voters support voters of all other parties in the action.

Also the new working time, due to which trade unions require special compensation in the framework of this year, are critically reviewed by the OGM respondents. A relative majority of 47 percent believes that ignoring volunteering is common. Particular supporters of SPÖ, the small opposition parties and the younger think it. FPÖ supporters see it balanced. The majority of ÖVP voters believe that these are isolated cases. (MONKEY)