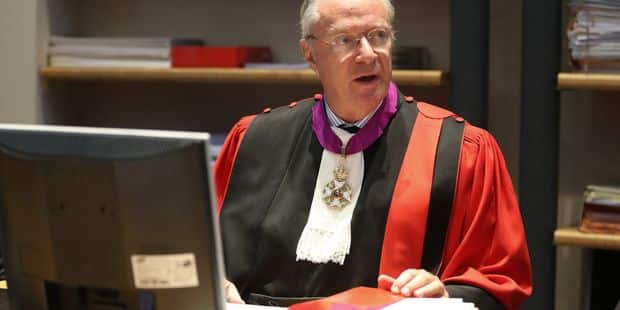 The cassation court has decided Wednesday on the revocation decision, filed last Thursday by lawyers Josua Krier, Torino Dubois, Brondon Kempfer, Thomas Audin and Sylvie Cuelle against the President of the Hainaut Court, Jean-François Jonckheere. "He is reused," confirmed the lawyer of the civilian parties, Me Rivière. According to other sources, the prosecutor's office had supported this request for disqualification due to lack of bias by the president. This decision on revocation was submitted following an opinion expressed by the chairman at the end of the hearing last Thursday, the first day of the trial. The president had said that he was "deeply convinced" when he spoke of Loïc Harvik's lawyer that his client was not the author of the shot that killed Jean-Claude Libiez on the night of January 20. October 21, 2016 under a violent robbery at Beaumont Farm in Roisin.

For the applicants, the president took a seat in a file where the person who fired the litter killed was injured Jean-Claude Libiez is not clearly identified.

Jean-François Jonckheere presided over his first trial since returning. Retired in 2013, he had agreed to return to the presidency because of the lack of judges in the Hainaut Court. The cadre gives thirty judges, but only 22 of them currently exist.

Thus, the third correction chamber is sitting only twice a week instead of three provisionally.

The space's extensive action with Roisin will be handed over to another judge and should not be claimed before spring 2019, after another jury's basic order. Franz Pottiez, the first accused in this case, had been wound up at the beginning of the trial because of his state of health. The other parties hope that he can be tried while the other six defendants, of which five remain.