Russian author of a statue of Johnny Halliday: work that "requires heroic work" 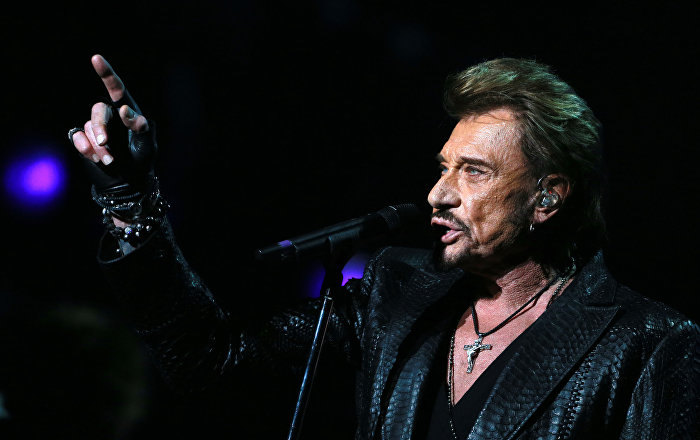 Two meters high, between four and five long: It has been over a year since the Russian sculptor Alexey Blagovestnov is working on a statue of Johnny Halliday on a motorcycle and he is about to finish. In an interview with Sputnik, the artist tells what prompted him to create this work, "the hardest" in his life, which will leave France.

Russian sculptor Alexey Blagovetstnov spoke to Sputnik about the creation of Johnny Hallyday's motorcycle statue he is currently doing. The artist insists on the time he uses for the realization of this work that requires a lot of work. Work to live up to the meaning of Johnny Hallyday for his time:

"The theme of Johnny Hallyday is not that of a singer, but the story of a whole era. Even though I am Russian, we are used to being steeped in different cultures, including in France."

The statue, which will surely one day see France, is only on stage for the introduction of the material in the study of the sculptor Alexey Blagovestnov in Moscow. Once all funding issues have been solved, Johnny, wearing a helmet and protection and riding a motorcycle, will head to France. The Bronze sculpture will be installed either in Paris or in the city of Linas, "fortified by the sporting past Johnny Hallyday at Linas-Montlhéry autodrome", according to the city's statement. It is certain that Alexey will present his work during his exhibitions, which he will organize in Europe.

"It is the will of destiny"

It all began on December 9, 2017 in Madeleine Church, where Johnny's funeral took place, and where the irony of fate was as Alexey exhibited.

"It was the will of destiny", Alexey seems convinced.

But the idea of ​​this work belongs to Bernadette Servan-Schreiber, friend of Natalya Tolstoy, removing descendant of Leo Tolstoy and wife of Alexey Blagovestnov. Mrs. Servan-Schreiber, enjoying the sculpture of Soviet rock star Victor Tsoï, also performed by Alexey, who offered him to work and make a sculpture of Johnny Bronze.

The creation of a statue of Johnny Hallyday is "a test"

A silhouette of Johnny Hallyday's two meter high and four to five meter long motorcycle is already in solid form:

"This size is the one that allows to look in the eyes and in the face," the artist says.

"This work requires heroic work. I started cutting this statue because I like heroic work. You can describe me as a crazy artist, it will be the truth. Partly I do it for the sake of art."

The work is complicated by the material used by the sculptor, which is very close and very solid:

"I chose a material that allows you to work for a long time. This is a special modeling rental. It contains wax, grease and does not need to be moistened, unlike clay.

The angle under which Johnny appears is not the same angle that Alexey Blagovenstov chose for Victor Tsoï. The French singer is turned to a spectator. His bike is in profile and can be seen from all sides.

A combo box: the depth of the lyrics of the songs that loved motorcycles

Alexey says that during his work he constantly listens to Johnny's music, the song Quest is one of his favorites. Believing that Hallyday songs are very dramatic that their lyrics are deep and psychological, the sculptor explains that music is very important to him. Plus, what attracted him was that Johnny was a singer who loved motorcycles.

"I just enjoyed it. It was only to choose the era, the age of the singers, the symbols and the model of the vehicle. He didn't have to look like Tsoï."

That's what he has almost achieved, he still has a few months left to reach the goal he has set.