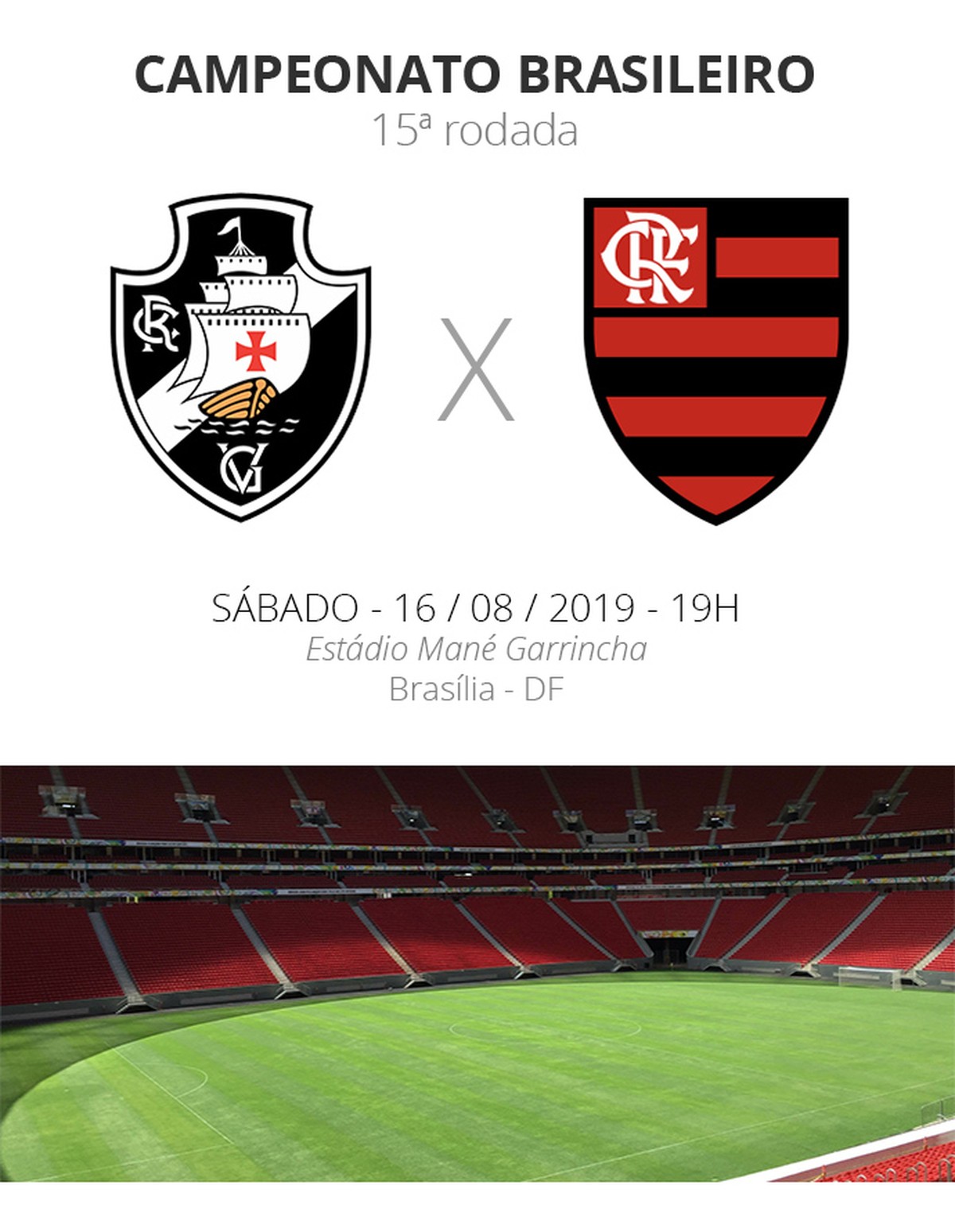 A classic far from Maracanã, but in an already usual frame for red-black and vascainos. Mané Garrincha in Brasilia will receive this Saturday, at. 19, a clash between Vasco and Flamengo for the sixth time in the last six years. Now worth the 15th round of Brasileirão and with experienced coaches in search of a turn at their goals in the competition.

Vasco de Vanderlei Luxembourg (67 years) occupies 15th place in the table with 17 points. Relief of being outside the relegation zone in a relegation zone that still scares São Januário. A triumph over the rival leaves the team in calmer waters and consolidates the improvement.

Jorge Jesus's Flamengo (65 years old), on the other hand, has to leave the turn aside to continue with Santos and Palmeiras. Third place with 27 points draws Rubro-Negro full strength for the second consecutive victory in Brasileirão and shares the attention with the fourth duel, against Inter, for Libertadores.

After the first away win in the Brazilian Championship, Vasco is motivated to Saturday's classic. However, the team will have important downsides, especially in the offensive sector.

Still without Rossi recovering from the appendix surgery, Luxembourg will be without suspended Marrony and Talles Magno, who traveled with the delegation but are barred from playing because he has been summoned to the U17 squad.

In addition to them, Marcos Junior is also out of suspension. Luxembourg defined Vasco with the entries of Lucas Mineiro, Tiago Reis and Marquinho.

Who's out: Rossi, Marony, Talles and Marcos Junior.

Probably the lineup of Vasco against Flamengo – Photo: GloboEsporte.com

During a week with the headlines for negotiations with Balotelli, Jorge Jesus had the peace of mind to work on the team at Ninho do Urubu and received good news: Gabigol is back. Brasileiro's top scorer has recovered from a muscle injury and is confirmed to try to score for the first time against Vasco with the Flamengo shirt.

Without the suspended Rafinha, Rodinei is the natural replacement. The only question is in the midfield: retaining Cuéllar or returning with Éverton Ribeiro. The Colombian has an indefinite future at the club evaluating proposals from Saudi Arabia's Al Hilal and Italy's Bologna. Despite the imbroglio, the delegation in Brasilia accompanies.

Already Ribeiro is in full physical form and in the natural environment is the team's starting lineup. Jorge Jesus worked both formations. If he chooses shirt 7, Willian Aaron resigns and acts as the first steering wheel.

Who's out: Rafinha is suspended for the third yellow card. Rodrigo Caio, Lincoln and Vitinho are in the final phase of post-injury reconditioning. And Diego has no expected return for treating a broken left foot.