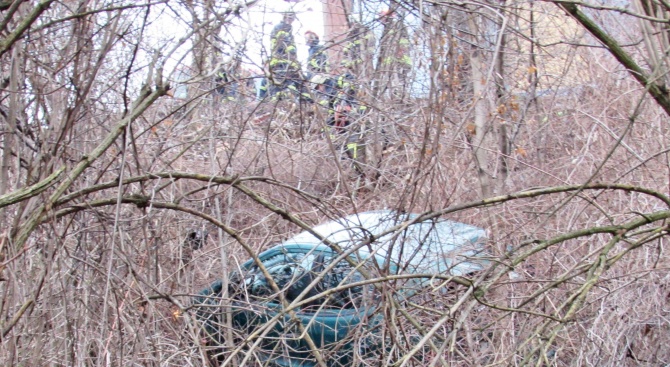 A car with a child parked in a steep section near Kanev University Hospital in Rousse, has left alone this afternoon and has fallen to a 10 meter height near the Danube pier. The two-year-old boy was taken out of the car safely by his own mother and a witness to the incident that came to his aid.

The Ministry of the Interior's district director announced that the signal was submitted at. 12.30. Immediately arrived at the police, fire and emergency services. The car was parked on the steep part of the child's mother.

"I saw the car looking in front of me, jumping over the edge and falling down the skier, followed by a woman," said 55-year-old Ivaylo Kyosev, who witnessed the incident.

The car stopped in bushes and trees, a few meters from the railway, where only freight trains pass. "We went down with the mother, pulled out the baby and climbed together," said Kyosev, quoted by BTA.

However, the child was taken to the hospital.

The fire service director, Commissioner Dimitar Pavlov, who was on the scene of the incident, thanked Ivaylo Kyosev for his help.

Pavlov explained that an alpine team is securing the car by a team of firefighters, and then the crane will be pulled to the road. Line traffic on the line is temporarily suspended.

The reasons for the incident have been clarified.