Anti-pipeline protesters shout at Trudeau during the campaign event in Burnaby, B.C 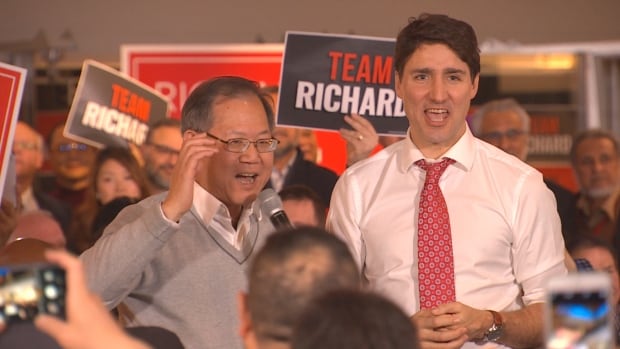 Prime Minister Justin Trudeau says some people will choose anger, fear and division, but liberals will be focused on serving Canadians, bringing people together and creating a better future.

He made the remarks after a small group of anti-pipeline protesters began shouting at him in a campaign event to support Richard T. Lee, the liberal candidate in Burnaby South byselection.

Trudeau came to Lee at the Shadbolt Center for Arts, where dozens of supporters cheered when Trudeau said he expects Lee to be a strong voice in Parliament for residents of Burnaby, B.C.

Lee is a former provincial lawyer who replaced the liberal first candidate, Karen Wang, after returning from an online after mentioning ethnic affiliation with the NDP Leader Jagmeet Singh.

Singh is looking for his first place in parliament in the city lesson, scheduled for February 25, and earlier he attended the annual Chinese New Year's Eve in Vancouver.

A small group of protesters dressed in yellow vests also greeted Trudeau outside the Burnaby event to protest against his government's immigration policies.

A couple of protesters outside a Liberal party event in Burnaby. One of two stops, Prime Minister Trudeau is expected to be today. pic.twitter.com/yULTSr1qOI