Education won't help much when it comes to dementia, the study says 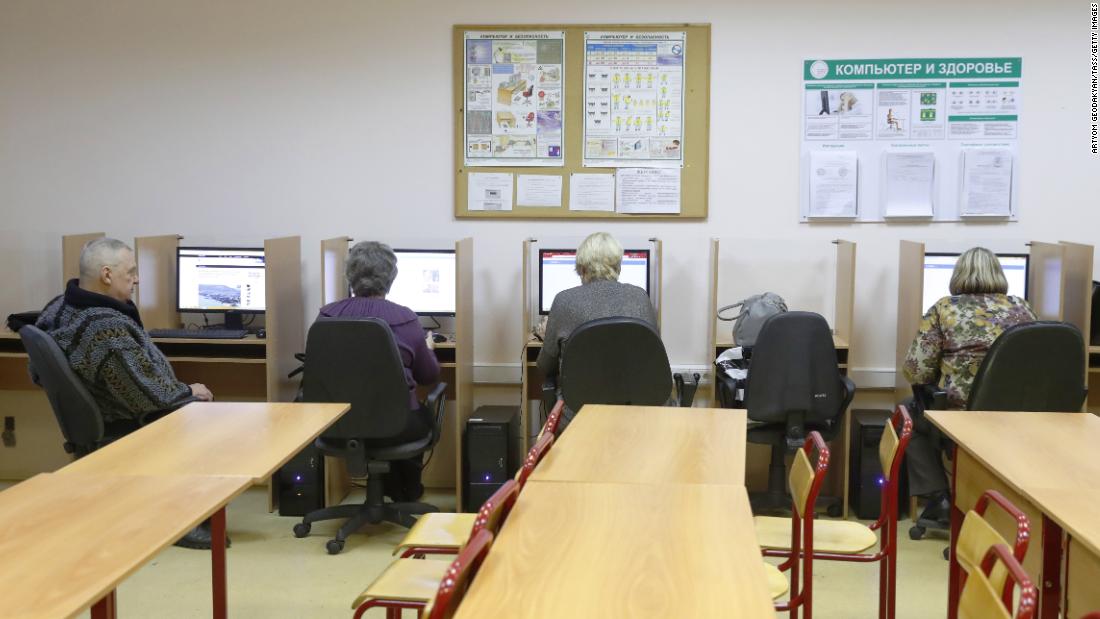 A high level of education does not delay the onset of dementia and does not reduce the rate of decline, according to a study published Wednesday in the journal Neurology. Perhaps it is best to stay curious and intellectually active throughout your years, says senior researcher.
Previous studies have shown that less educated people develop dementia to a greater extent than people who spend more time in the books, explained Robert Wilson, lead author of the study and director of cognitive neuroscience at Rush Medical College, Chicago.

"Education has some benefit, but it's somewhat limited," Wilson said. "The right game is how much you fall," and education fails to affect it positively.

But the activities that can help you in old age are the same ones who learned in school. He said, "Continue reading or challenging yourself with other pursuits and intellectually challenging professions."

"The main drivers of dementia are those neurodegenerative and cerebrovascular pathologies that accumulate in the brain and are age-related," Wilson explained. Brain pathologies include protein plaques and tangles seen in Alzheimer's disease as well as infarcts (small areas of dead tissue) seen in cerebrovascular diseases.

Although studies have shown that about 50% of the cognitive decline in old age is associated with brain pathologies, there are another 50% that are not associated with them, and that is due to something else, Wilson says.

That "something else" is generally considered to be cognitive reserve, he said. It is a measure of brain resistance and ability to improvise and overcome obstacles, and it is known to protect cognitive functions in old age. "The big challenge is: What contributes to cognitive reserve and how does it work?"

The new study is then an attempt to investigate how much education contributes to cognitive reserve. Wilson and his colleagues analyzed data collected from older people in the Chicago Metropolitan Area, which agreed annual detailed tests and donated their brains for post-mortem autopsy.

On the basis of test results and autopsy results, Wilson and his colleagues found a link between having a higher level of education and having higher thinking and memory skills at the start of the study.

All good, Wilson said, remarking that it is "important how healthy your brain is when you begin old age because it is likely that very bad things will happen in your brain in old age, [since] These pathologies are very, very, very common. "

Besides that, it turned out that several years in the classroom were not useful. No correspondence was seen between the level of education and how old people were when dementia began or the rate of their cognitive decline. This was also seen in the autopsy results: High levels of Alzheimer's disease markers in the brain, and not education, determined the rate of decline.

One possible reason why education does not have a major impact on cognitive reserve could be that "it is so distant," Wilson says. Current activities that are not over can be more likely to affect cognitive reserves.

Exactly what activities will fill the mental mind as we grow old?

"How cognitively active are you, what you read and how," Wilson said. "We have also found some personality traits: conscience is related to your cognitive function in old age. There is also an aspect of well-being called" purpose in life "which is a form of ability to find meaning in everyday activities, high in that, are also able to maintain better cognitive function in old age despite accumulating pathology at the same rate as everyone else. "

At the back, the depression corresponds to negative cognitive changes in old age, he said.

Dr. Dilip Jeste, professor of psychiatry and neuroscience at the University of California, San Diego, said the study's "new and surprising finding" is that "education seemed to contribute slightly to cognitive reserve as opposed to the long-standing belief that it is a great contributor. "

Jeste, who was not involved in the new research, wrote in an email that the study's strengths included a large number of participants and extensive tests. However, the participants were "mostly non-Latin whites, so the results cannot apply to ethnic minorities, especially those with lower levels of education," he wrote.

Research now suggests that cognitive activity in the middle and life of life can predict the degree of cognitive change, Jeste said. So, all things being equal, older people who become mentally active may experience less decline than those who do not.

Emory University Dr. Aliza P. Wingo, a psychiatrist and an assistant professor of psychiatry and behavioral science and Dr. Thomas S. Wingo, a neurologist and an assistant professor of neurology and human genetics, described the study as "thorough" while noting that the results "may not be easy to generalize beyond the people they studied in view of the participant's relatively old age and many year's level of education, most of these participants had. "

Neither participated in the new research, although their own work examines how psychological factors affect dementia risk.

"We do this by looking at genetic material and proteins from the brain of research volunteer brains and relate brain changes to their cognition in life or brain pathologies at death," they wrote in an email. "What is interesting is the purpose in life and depression affecting dementia risk regardless of education, age or other known risk factors." Their hope is to identify new factors that protect against mental decline.

"The Mantra is: It is never too late or too early in life to start practicing [a] healthy lifestyle."