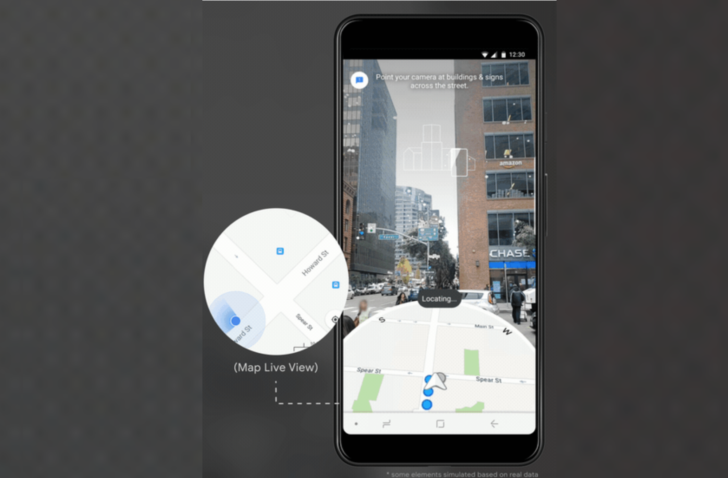 Have you ever come out of the subway running late for a meeting without a clue what way to go? Sure, Maps will tell you how to get to your appointment, but only if it is aware of where you are and which direction you are facing. Sometimes they "think" they know, even though the data being fed is inaccurate. You are in favor of some improvised outdoor trivia: try to find out which way to go by checking if the blue dot moves in the same direction as you should. If not, it probably means that your compass is not calibrated, so you can start shaking your phone in 8 forms to see if it will eventually point in the right way. You go a few meters and the dot suddenly "slides" 2 blocks away … Oh right! You are in a crowded city and GPS accuracy is reduced because of all these skyscrapers. But don't worry; You will find a street sign and a landmark to manually identify your location on the map and arrive 15 minutes late.

Google is aware that we are tired of losing our time and manipulating it, so it has come up with a solution called Global Navigation to combine camera, GPS and compass data to determine your position more precisely.

This technology relies on the Visual Positioning System method, which creates maps by combining landmark images with their location so that their outlines and features can be used for navigation. Thanks to its Street View image, Google has created a detailed VPS index so that the devices can accurately identify their position and orientation based on what's around them. They will also use machine learning, so phones know which reference points to look for as the initial images could have been taken in another season or from another angle.

Google is still working to improve this technology before making it available. It has already started testing it with selected local guides along with AR-based navigation, but will probably spend some time improving it before integrating into its official Maps application.