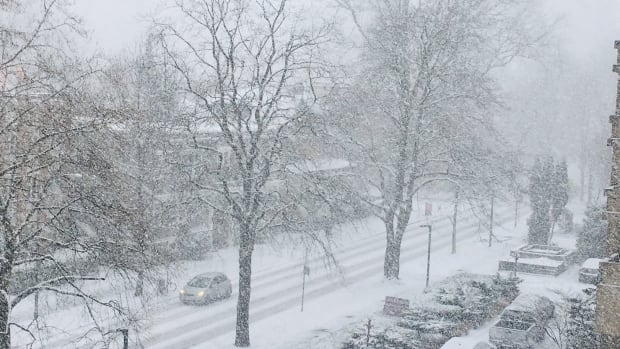 Heavy snowfall across Metro Vancouver and Vancouver Island has caused travel delays as roads have been covered with snow and sluice.

Officials closed Malahat Highway outside Victoria for a short period of Sunday due to dangerous conditions and limited visibility.

OPEN – # BCHwy1 #Malahat between West Shore Pkwy in #Langford and Shawnigan-Mill Bay Rd. Please lower and drive the winter conditions. Make sure you leave enough space from the vehicle in front of you to brake #YYJ #VanIsle

The RCMP also closed a large part of the highway connecting Swartz Bay to Victoria, where BC Ferries has its main Vancouver Island terminal.

The Pat Bay Highway has since reopened from Swartz Bay to Keating Cross Road.

The Pat Bay Highway is again open from Swartz Bay to Keating Cross Rd @townofsidneybc & Amp; @NorthSaanich. The roads are very slippery. Take your time, drive with care if you absolutely need to drive. pic.twitter.com/Ug6I8O4WQA

Up to five to 10 centimeters were expected to fall around the lower mainland while up to 20 centimeters could fall on southeastern Vancouver Island.

# BCHwy91 – Several vehicle incidents SB on #AlexFraserBridge. Crews work hard to deal with the situation. Do not pass the snow plows to the right when the lights are flashing. Expect compact snow with smooth sections and heavy snowfall, resulting in limited visibility. pic.twitter.com/p5zWIyGO5W

TransLink says the snow resulted in delays in transit service across Metro Vancouver. It asked the passengers to be careful on bus loops and SkyTrain stations and urged them to dress warmly. 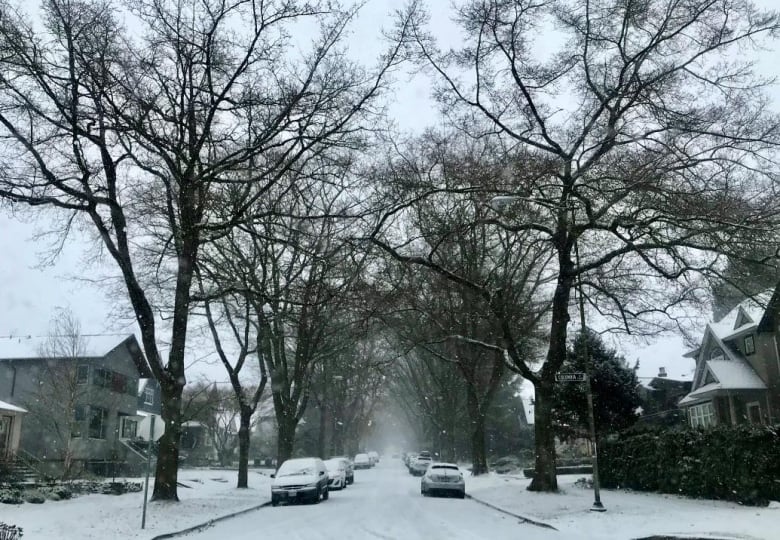 The weather has also forced delayed sailing with BC Ferries.

An Arctic outflow warning applies to the Sea to Sky highway, as cold Arctic air rises through the regions.

According to Environment Canada, arctic outflow warnings are issued when "bitter cold air" flows from within to coastal communities, creating wind cooling values ​​of minus 20 or less for six hours or more.