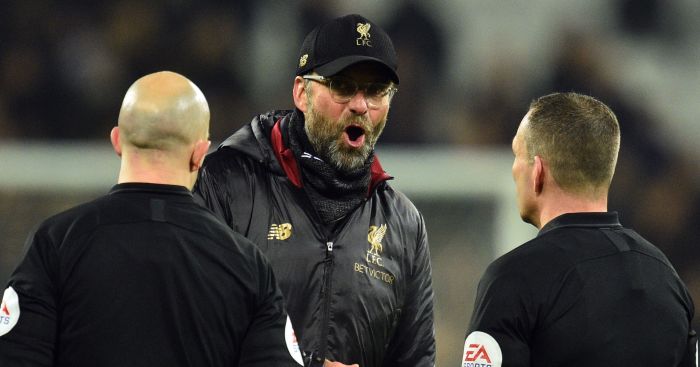 Chris Sutton believes that Jurgen Klopp's admission that his Liverpool side "didn't like the game in West Ham" was very "alarming".

Reds took the lead on Monday night through Sadio Mane before Mikhail Antonio equalized to Hammers and the Reds were lucky to escape with a 1-1 draw.

These results have left the door open for Manchester City to jump KloppS men at the top of the Premier League when traveling to Goodison Park on Wednesday night.

And Sutton was not convinced by Klopp's post-match response to Hammers and identified a particular aspect.

"After losing in Newcastle, Guardiola could have pointed to the unauthorized Sergio Aguero goal but only talked about the screen," Sutton said. Daily mail.

"Most alarming was Klopp's admission that his players didn't like the game at West Ham. If you can't challenge the challenge, you're done. Guardiola has the better poker face."

Sutton also believes Klopp has made a big mistake by letting Nathaniel Clyne loan to Bournemouth.

"Liverpool's lack of depth is alarming. Allowing Clyne to borrow – without the ability to remember him – is the biggest mistake Klopp has made at Liverpool. It could cost them the title," Sutton added.

"Milner did a bold job right back, though Liverpool Missed his influence on the midfield. Neither Adam Lallana nor Naby Keita appeared in West Ham, but they were not the only ones. How many times has Roberto Firmino misplaced?

"This was one of Liverpool's worst performances so far. They were vulnerable to set-pieces and toothless attacks. Bournemouth on Saturday is huge.

"Liverpool needs a convincing winner. Clyne won't be involved as he can't play against his parents' club. How Klopp would like him to call him down from the stands!"