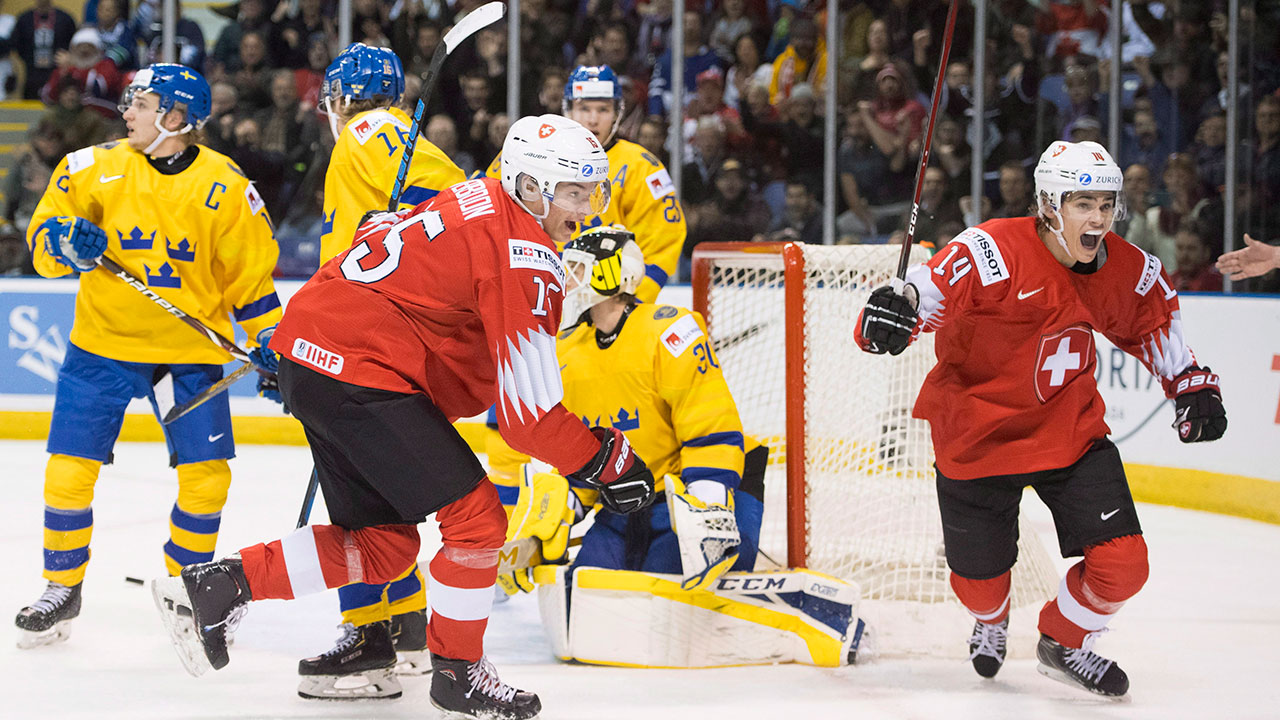 Swiss netmember Luca Hollenstein closed the Swedes, who peppered the goalkeeper with 41 shots during the game.

Yannick Bruschweiler and Luca Wyss scored as Switzerland advanced to the tournament semi-finals in Vancouver.

The best previous result for the Swiss in the tournament was a bronze medal in 1998.

Hollenstein made several key savings throughout the game, including stopping Filip Sveningsson on a breakaway.

The Swiss players bullied their goalkeeper at the end of the game.

The Swiss opened the score on a wrist shot by Bruschweiler from deep in the castle, which beat Sweden's netmember Samuel Ersson on the side of the glove.

Shots on goal in the first period were almost equal – Sweden with 13 and Switzerland with 12 shots – but Switzerland has several point-blank scoring opportunities.

Bruschweiler, who played without a stick during another period of Swedish power play, managed to block two shots while they were sprawling on the ice.

Wyss scored Switzerland's second goal at 13:59 in the second period, putting the puck between Ersson's legs during a goal mouth. The Swedes accounted for Sweden 26-22 at the end of the second period.

Sweden entered the quarterfinals unbeaten with victories over Finland, the USA, Slovakia and Kazakhstan. The Swedes, last year's silver medalists, boast a record of 47 straight wins in round robin games.

The Swedes beat Denmark in round robin games, but lost Canada, Russia and an overtime defeat to the Czech Republic.