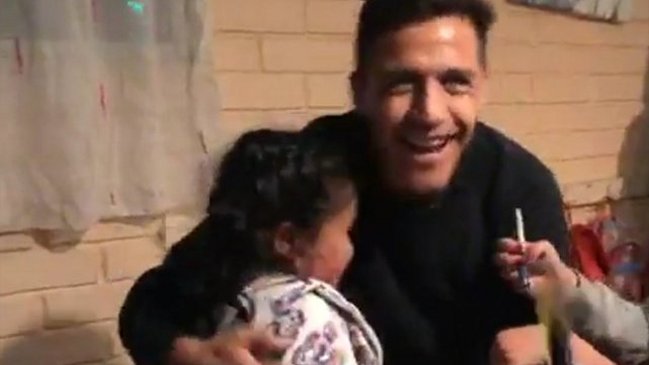 This 2018 has been a hard year for Alexis Sánchez in sports since he has been full of questions about his achievements in his team Manchester United. He does not forget though. The one who grew up surrounded by deprivations and now embraces fame and a life of luxury surprised again with his social work those who most need a little hope in his future.

This Thursday the striker of the Chilean national team came to Children's Village "Los Amigos ", in Peñaflor and he took the children with toys, new shoes, the invitation to play football in his sports complex and the promise to send to make a pool of house addictions that does not work so they can enjoy the summer.

"Maravilla" also used his time to counsel children and reminded them, for example, that they should not be spoiled for smoking or drinking. It was just that an anecdote arose when one of the children innocently questioned how Arturo Vidal Yes, he drank alcohol, as Sanchez replied, in the form of the laughter of those present that "he is already big".

Check out the fun moments between the kids and Alexis.

He could do something else, but here he is in a orphanage, giving him presents, hugs them and signs autographs.