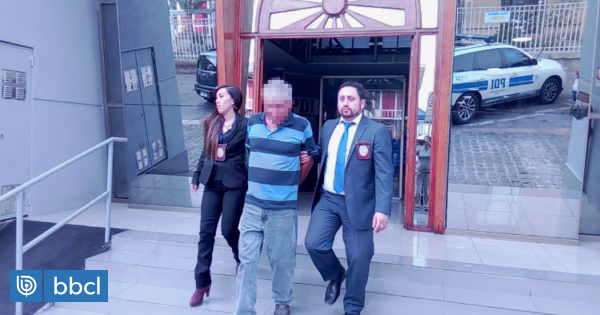 Detectives of the investigative brigade of sexual and minor crimes of Antofagasta detained a subject of his suspected responsibility in the crime of sexual abuse against 2 minors: a boy and a girl of 12 years.

According to the PDI, the events took place on Friday 8 am at 7 pm, where two children under 12 played their homes in the northern part of the city. There they were directed to a neighbor living in the corner of the passage, forcing the minors to perform acts of sexual behavior.

Both children, who are neighbors and have a friendly relationship, jumped to their home, where, after their parents noticed one strange attitude in them they revealed what happened.

According to the story of minors, This is not the first time that the individual performs such actionsBut out of fear I hadn't told the facts before.

According to the information collected on site, the detainee is known as "the old pig", since the sexual character is inappropriate behavior towards his neighbors which have been reported among themselves.

With this information collected, officers performed the diligents to clarify what was happening, confirming the victim's statement and testifying to the truth of the facts that led to locating the accused who in his statement wrongly told the story. For this reason, he was arrested in flagrant delict.

To a large extent, the brigade staff continues to care instead of the possibility of finding new victims.