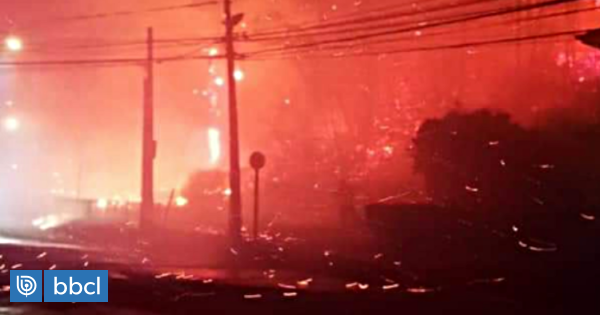 According to preliminary information, it is a loss recorded in the Quebrada de las Ulloa and Casablanca sectors.

Firefighters and Conaf work on site while the strong winds that have been evident during the day complicate volunteer work; situation similar to that experienced by the other municipalities concerned.

To such an extent, the flames are, according to informed, threatening to come to populated sectors.

"We see how we stop all this. It gets pretty windy," he said.

"Its distribution is quite complex precisely because of the wind," he added.