Health begins a new screening for cervical cancer that will benefit 90,000 Rioja 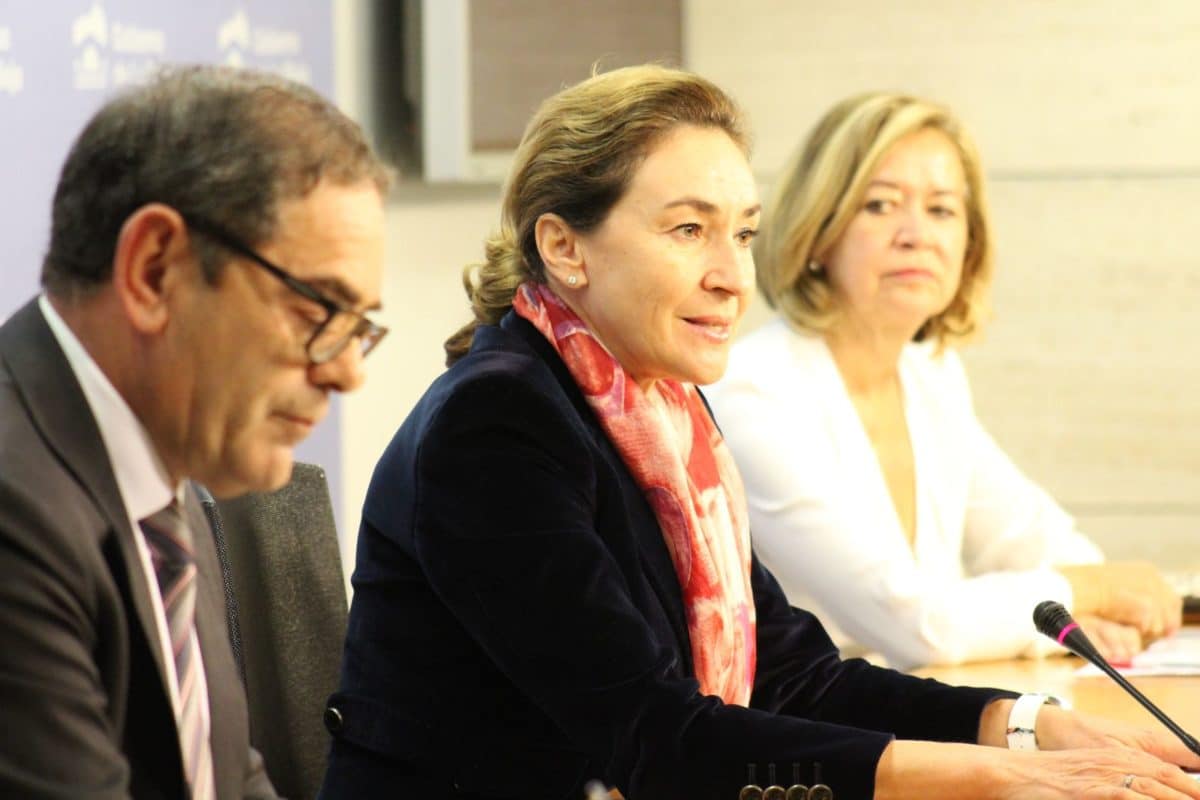 the Public Health System or La Rioja has launched a new screening system for cervical cancer (cervical cancer) that will gradually benefit 90,000 Rioja from 25 to 65 years to reach the entire target population. This was announced this morning by the Minister of Health, María Martín, accompanied by Health Director, José Miguel Acítores, and by the Head of Gynecological Services at San Pedro Hospital, Juana Hernández.

Martín emphasized that La Rioja is one of the first autonomous communities to develop this system, "because we want to provide comprehensive care for La Rioja women, making them part of the latest diagnostic techniques to prevent oncological diseases, such as cervical cancer, the only oncological process in gynecology that you can handle if it is found early. "

The Minister of Health has ensured that with the introduction of this new program in La Rioja, we "meet a commitment we have made with Rioja" and at the same time "we respond to the determined commitment to health in early detection according to the guidelines for the III Rioja Health Plan in the priority range of oncological diseases ".

The Minister of Health recalled that "early detection is crucial in this pathology as the incidence and mortality due to cervical cancer can be reduced by up to 80% if a rapid diagnosis occurs. Therefore, we do not want any La Rioja to escape and thus diagnose cancer precursor lesions as soon as possible. "

Cervical cancer is the third cancer with the highest incidence in the world, and the main cause of this disease is the human papillomavirus.

The program, which will pass around 1,500 women each year, has started today with women in the 25 to 28 age group and introduces as a novel replacement of a diagnostic technique as traditional cytology of cytology in fluid medium. This technique has such a great advantage that there are fewer false negatives, so it is more reliable and it makes it possible to detect human papillomavirus without having to repeat twice, which improves the diagnosis of cervical cancer.

Similarly, fluid fluid cytology is a technique that, among its advantages, highlights the fall in the number of unsatisfactory tests or the ability to perform complementary tests without having to collect new intakes. In addition, it allows other laboratory techniques that elaborate the diagnosis, such as detection and typing of human papillomavirus (HPV) to be used.

The circuits for obtaining test determinations will be different taking into account the age of women, specifically if they have been immunized or not against human papillomavirus. Currently, 20,000 conventional cytologists are performed at San Pedro Hospital.

Procedure for accessing the program

The procedure for accessing the program is similar to that used by the La Rioja Regional Ministry of Health for other early detection programs. In this case, the woman who is in the age group at which the screening begins will receive a letter of health inviting him to call the phone at 941296122 (Care for Women and now Program for Population Screening of Cervical Cancer) to participate in the program.

The spread of this screening will be progressive and will be expanded to reach the women in this first section and then go to those between 29 and 32 years and so on until they reach the entire target population and proceed to a new return with quotes that always depend on the results of the tests.

In addition to early detection, prevention remains the key, and for this, La Rioja was one of the first autonomous communities to administer the vaccine against HPV in the 2007-2008 Academy. Specifically, as stated in the vaccination calendar, the application of this vaccine in schools is performed for 6th grade girls. In this way, the target population of this vaccine is reached, which means that the coverage rate for this virus is 91.5% in La Rioja.

The vaccination program against HPV in La Rioja seeks to ensure that women do not suffer from cervical cancer as the direct knowledge between papillomavirus and this type of cancer is known. Today, almost 100% of La Rioja women aged between 11 and 25 are vaccinated.