Know if your cortisol levels are toxic to your health 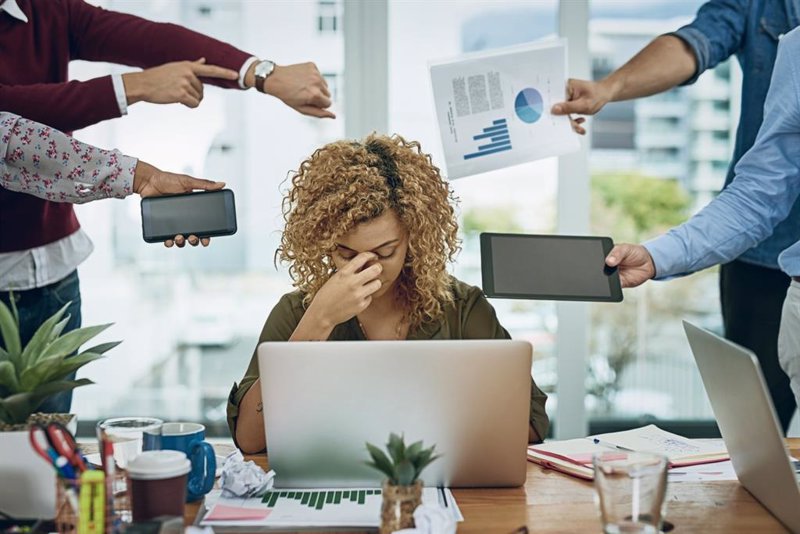 Imagine you are in a movie theater and you hear someone shouting: Fire! Immediately you become aware and look for the nearest exit. What is currently happening in your body? The organism is startled and sends a signal to the hypothalamus, which in turn activates other brain areas.

Start a involuntary reaction of the organism via hormonal and nervous signals with tachycardia, sweating and temperature rise as we have all experienced at some point. This information goes through the thalamus and through the cerebral cortex, where the information received is cognitively processed, and it is determined in so far as the sense of fear allows it to respond to the threat.

Subsequently, the adrenal glands that lie above the kidneys, after receiving the signal from the hypothalamus, release a number of hormones, among which adrenaline and cortisol stand out.

"Cortisol is often associated with stress or threat situations because it is activated at these times with adrenaline.. But cortisol stays longer to work and better manages the fear or threat ", Says a psychiatrist Marian Rojas in an interview with Infosalus on the occasion of the release of her new book "How to make good things happen to you" (Espasa).

If suddenly after jumping the alarms and running out of the nearest door, you tell it was a simulacrum, the expert indicates that the body appreciates a sense of physical exhaustion and takes hours to recover from it as the cortisol takes several hours to disappear from the body.

In addition, the Spanish Institute for Psychiatric Research also indicates that the mind and body do not distinguish what is real from the imaginary before a threat. "This is important because most things that touch us do not happen, but our mind sees them as if they were real. (…) Concerns or feelings of long-lasting danger (genuine or imagined) can increase cortisol levels up to 50% over what is recommended so that the body does not start up when faced with a real danger or threat. It is also activated in the same way in the face of constant concern", the specialist notes.

Therefore, though Cortisol itself is not bad, what is harmful or toxic to the body is its excessWhen it is permanent in our body, it warns. In fact, when faced with a peak, it allows survival to face the problem, that is good; But it is bad when it is constant. "A person under continuous stress suffers mainly two problems: on the one hand, growth and healthy regeneration of the body are stopped, and on the other hand, the immune system is inhibited," says Rojas.

Among the symptoms that the body suffers from the excess of cortisol at these toxic levels, Rojas first points to chronic stress as it reduces the sensitivity of immune cells to cortisol. "In other words, the body's defensive system is disabled and incapable of fighting a real threat, it limits the capacity of inflammatory regulation, and therefore the body cannot defend itself against the dangers," he adds.

The level of cortisol that we have explained increases in circumstances of fear, threat, sadness or frustration. If we are & # 39; drunk & # 39; of cortisol, this hormone floods the blood instead of serotonin or dopamine, hormones that have a positive impact and well-being on the body and mind. This symptomatology occurs at three levels: physical, psychological and behavioral or behavioral, he adds.

"You may suffer from alopecia, eye sickness, excessive sweating of the hands and feet, dryness of the skin, sensation of lump in the throat, tightness of the chest, sensation of suffocation, tachycardia, paresthesia or numbness of the extremities, problems and gastrointestinal changes. muscle pain, thyroid problems, migraine, tics, arthritis, fibromyalgia and, in particular, womenFor example, her menstrual cycle changes, "the psychiatrist counts.

In return, he claims that changes in sleep patterns, irritability, sadness, inability to enjoy, apathy and apathy may occur. Concentration or memory errors also occur upon permanent warning. Anxiety arises, one tends to isolate, does not want to see friends or family. It is difficult for him to start a conversation and he avoids the usual activities. On the other hand, it is expressive in social events that do not want to open up to others, for example.

HOW TO REDUCE CORTISOL?

With all this, the specialist lists the most important tools we can use to reduce the levels of cortisol in our body:

1.- One of the most effective ways to fight stress, anxiety and depression are exercising regularly. In this way, you encourage the production of serotonin and dopamine, hormones that reduce anxiety and help fight depression. "But beware, risk sports or exercise excessive hyperactivity instead of reducing it," he warns.

2.- On the other hand, friendliness, close to treatment, love and affection increases oxytocin, a hormone that lowers the cortisol level. "You must has close & nbsp; vitamin people & # 39;that makes us happy and boosts oxytocin and flees from poisonous people.