Mapuche community condemned shot from the Carabineros in Ercilla 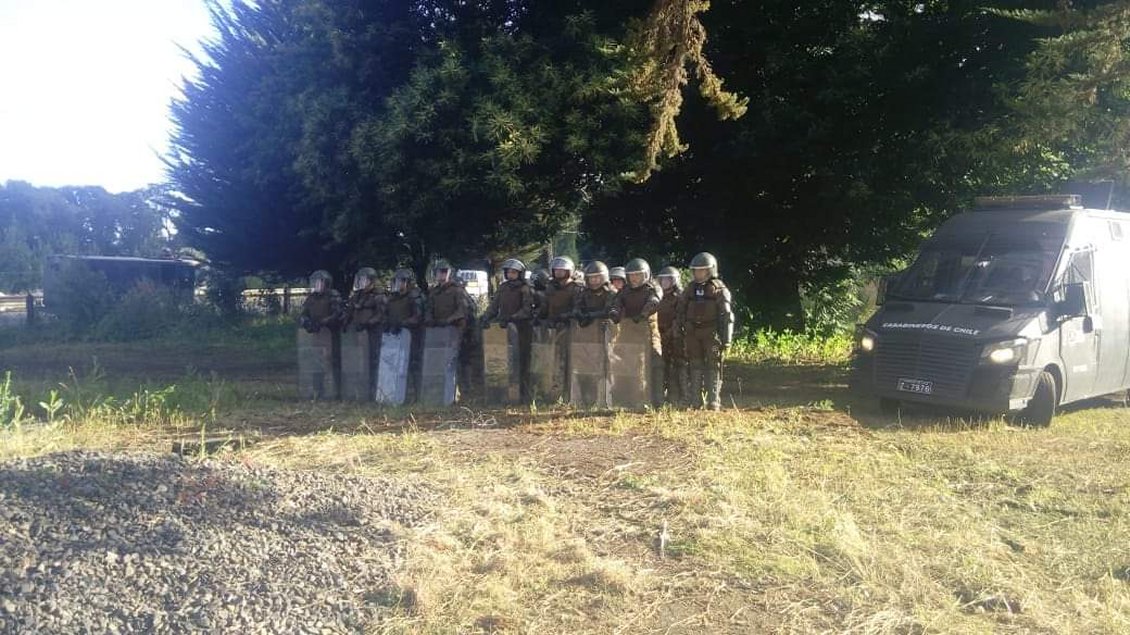 The Mapuche community reported shooting by police officers, in the framework of the postponement of the Huiñako de Ercilla farm, in the Araucanía region, in the afternoon of Monday.

The operation was performed after Mapuche leaders will take seven properties in various parts of the region as part of the mobilizations for Camilo Catrillanca's death, a member of the community killed in November in Carabinero's staff.

Although the government announced that the Special Operational Group (GOPE) would no longer trade in the area after the death of the youth, a large police contingent came to the site and staged clashes with protesters.

In parallel, the members of the Wiñako Micheo community cut the route to Malleco and had incidents with Special Forces staff. One of the projectiles fired by police officers (Photo: Claudio Arévalo, Cooperativa)

Ercilla:
Although the government had stated that GOPE would not trade in the Mapuche area, at this time a large contingent operating in community expulsion.@Cooperativa # cooperativa2019 pic.twitter.com/tEJ33oerbZ