Mauricio Pinilla makes his first friend in Coquimbo Unido, young Zaravko Pavlov: "He invites me everywhere and advises me" 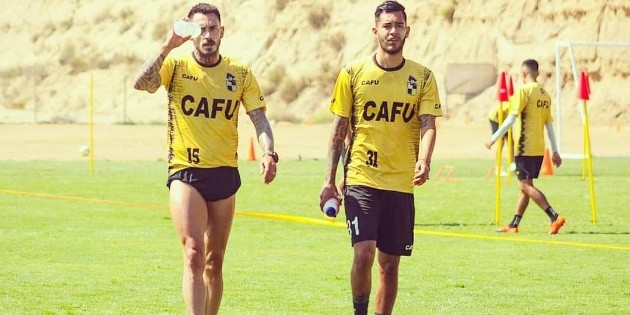 Zaravko Pavlov is the complicated name of the first declared friend who becomes Mauricio Pinilla since his arrival at Coquimbo Unido. The youth is emerging as Pinigol, but he has other goals, and he will start his debut in Primera next to the World Cup.

In an interview with La Estrella de Arica, the young violence frame reveals the close relationship he has developed with the former man from the Universidad de Chile.

"Pinilla is already my friend, he is a great person, and he invites me everywhere, and when we train, he gives me good advice," said Pavlov, who signed his professional contract in November and comes from San Marcos de Arica.

And he has confidence in what can happen this season: "Pinilla is a great person, it will be a good contribution not only for Coquimbo Unido, but for the Championship where we hope to be the main characters, especially now that he returned to First after so many years, "he adds.

"Pinigol is simple, he doesn't feel superior and is one more in the team and at his virtues on the pitch, it's more talked, everyone knows his power, strength and efficiency before the goal."

The young Pavlov does not want to miss the presence of Pinilla. "With him you learn a lot, your experience and track speaks for itself, therefore I say that Pinilla this season will break it and I hope to help the goal we all have"

Finally, stated that his goal now is to earn a place like under 20 and add minutes: "It's no longer since I arrived, I trained very hard and I also have the coach's confidence who was who saw me and asked me being on campus, "he added.

Don't miss out on the latest news!