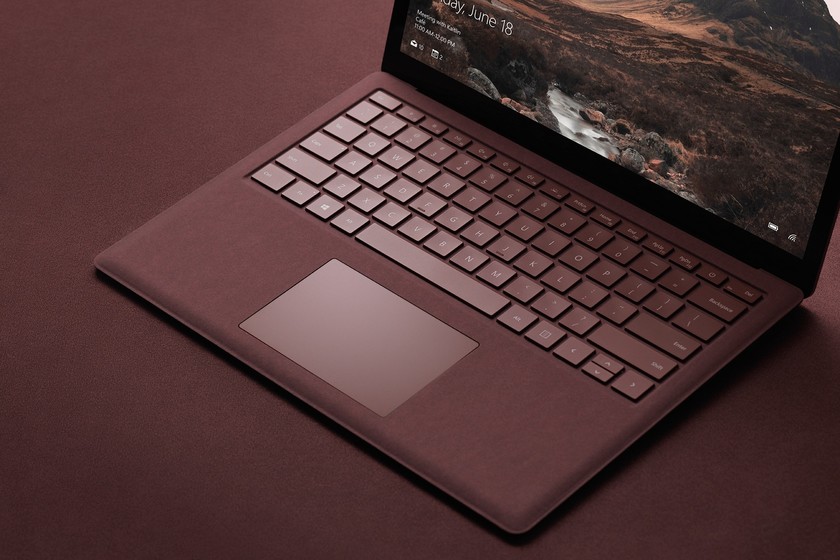 Alcantara "fabric" finish is One of the hallmarks of some of Microsoft's products. In fact, we can find them for example on Surface Laptop 2. A revolution that began with Surface Pro 4.

In fact, if we look at the definition in the network, we find it is a material made of synthetic fibers, which is often used to cover and upholstery surfaces and thus give them a similar look as velvet. It is characterized by being soft and fluffy and it is a material that will give Microsoft a new twist.

And it is that it has come up with a patent planning the integration of a kind of sensor that "almost" will convert this tissue into an intelligent surface. A patent that corresponds to the name of "Shape touch sensor on fabric".

It dates from 2017, although it has been published recently by the USPTO, more specifically on January 24, 2019. A patent that tells about Microsoft's interest in implementing a touch sensor in the device's fabric. This would translate to Using movements or touches on the surface, we can interact with the device.

A new type of "cover" that could be used for example on keyboards and casesbut also in other units that have nothing to do, as is the case with HoloLens. This way, you can add another method of interacting with the Microsoft Augmented Reality glasses.

For now and how it usually happens in these cases, We do not know if this patent will end up materializing in realitybecause these registers are, in many cases, more aimed at avoiding that someone else can be done with them in the future. But if we see a product with this base over time, we already know what its origin was.