The Chilean economy closes 2018: more growth and investment, but the slow reaction of the labor market | economy 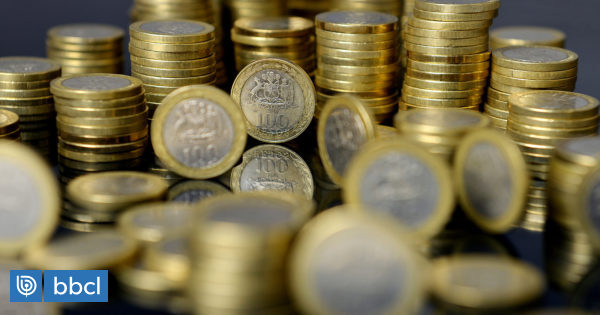 2018 is dismissed with several positive economic figures, such as higher growth or increase in investment and productivity. But also with several points to the debit, which analysts have framed in an overestimation of expectations, as the slow response to the labor market.

The government, for its part, has highlighted through a communication campaign that puts the economy "on track" in 2018.

In terms of growth, the central bank estimated that this year will close with a 4% increase in gross domestic product, although there are estimates of the private world, which speaks 3.8% due to the slowdown in recent months.

However, the rate in any scenario is higher than the average for the last four years, which was 1.7%.

Another of the figures that analysts and the director stand out is the investment that would close with a 5.5% increase, according to the issuer, while La Moneda is waiting for it to be higher than 6%.

Euroaméricas economist, Luis Felipe Alarcón, pointed out that the investments pushed the economy in 2018.

"The positive growth of the investment, after a rather long contraction, added the rest of the components of the local economy, eventually created a greater growth that is significantly more robust than what we have seen in the last four or five years," he said.

The economist of Rojas and Asociados, Patricio Rojas, agreed with this diagnosis. He added, however, that 2018 left excellent problems as the labor market's fastest response.

"Given the projections that were in the beginning of the year, the economy ended up growing about half a point more. The item that has been a little looser is all that has to do with consumption that is close linked to the labor market, the creation of employment has been quite modest in 2018, accompanied by a slowdown in wages has had an impact on expectations, "he said.

According to figures from the National Institute of Statistics, unemployment this year has been over 7%, although in recent years the central bank has warned of an underestimation of job creation.

Closures of companies such as Albano, Maersk, Iansa, Pastas Suazo has generated concern, despite the government emphasizing that the degree of establishment of private paid jobs is greater.

For the Senator of the Supreme House Finance Committee, Christian Democrats Jorge Pizarro, the figures for this year have been worthy.

"There is less growth than what was promised the country. The last two Imasks are worrying. The issue of unemployment, I say, is the most delicate, because the government has not actually had any incentive policy to hire people," he complained.

On the other hand, the figures for 2018 defend the member of the lower parliamentary finance committee, the UDI deputy, Guillermo Ramírez.

"We grow more than we thought we should grow; the investment finally ceased to be negative; improved employment with a contract, protected employment. The truth is that the numbers are very good, I don't care what happened in 2018, because the numbers are defending themselves, "he said.

In spite of the uncertainty caused by trade war, exports of goods and services would have changed by 4.8% in 2018, according to the central bank.

International scenario that hit copper that was quoted on average under three dollars a year. Pound this year while Santiago Stock Exchange recorded its lowest level since 2013, when IPSA fell 8.3%.