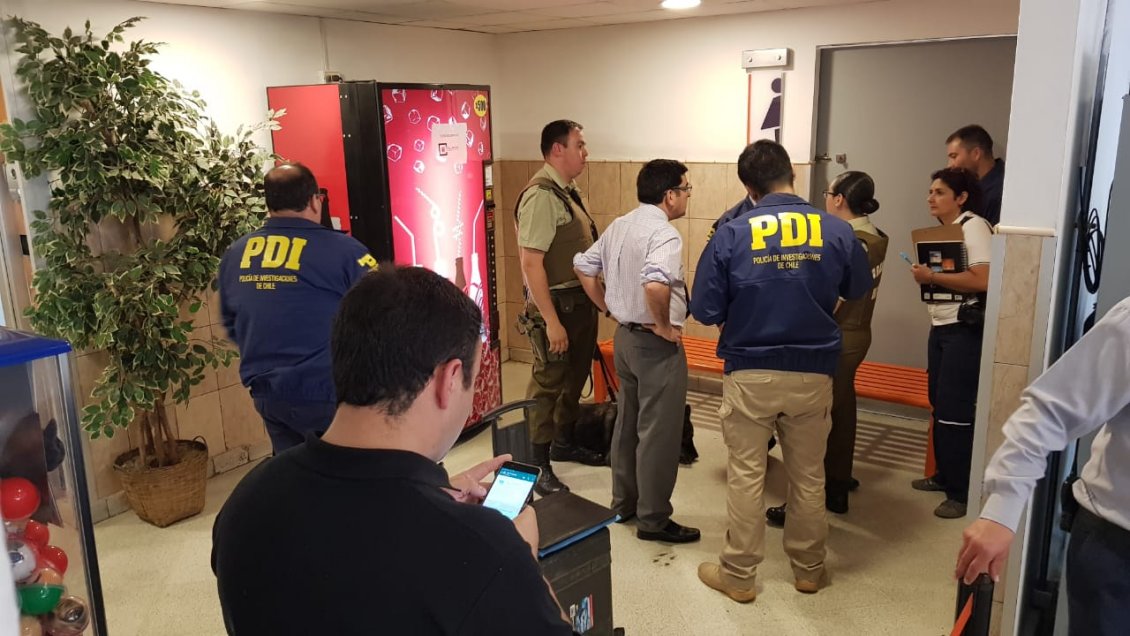 A 76-year-old woman was found dead with a knife in the chest Tuesday at 13:00 on the inside of one of the bathrooms on Mall Patio Rancagua.

Instead, staff off Homicide Brigade of the regional capital O & # 39; Higgins, Carabineros and Public Ministry.

The police made one on-site registration and the victim's nearby circle and will review the television circuit in the mall, to establish or not third party participation.

the Fiscal Jorge Mena He explained that "it has been possible to collect evidence, conducted exclusively by the inquiry police, through the homicide brigade and the Criminalistics Laboratory. We already have a little background. but we can not give any conclusion, we must continue to work. "

In the meantime, César Ortúzar, head of the Emergency Unit at the Regional Hospital of Rancagua, noted that "if she did it to him or they did. we can not explain that. because it is determined through the autopsy of Legal Medical Service. I can only say that the patient arrived at a cardiac arrest secondary to a penetrating thoracic wound that eventually led to her death. "

In the afternoon, police officers finally confirmed that the situation was a suicide, conclusion cast after the scientific work and the doctor of PDI.