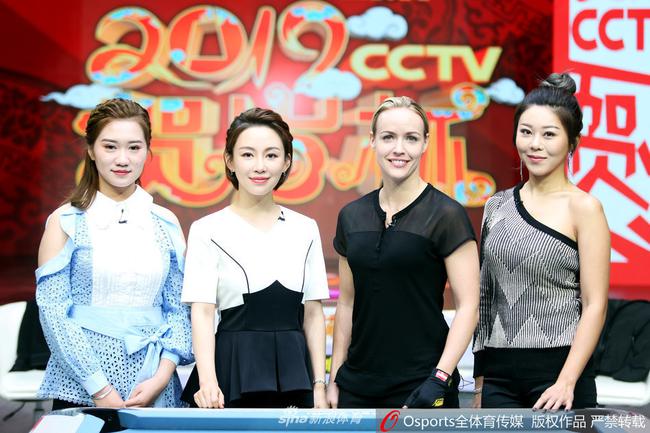 On the evening of February 6, the Beijing era was launched in 2019 "New Year's Cup" World Women's Professional Nine-Ball Competition. In the first day of the competition, the Chinese team consisting of Pan Xiaoting and Han Yu temporarily led the international team consisting of Jin Jiaying and Ou Sichun with a total score of 2-1. CCTV explained that Jiang Yi and Liu Tianyi also explained the game on the spot.

When the introduction of team members when Pan Xiaoting came to power, Jiang Yi took the initiative to help, and Liu Tianyi was "satisfied". Subsequently, Jiang Yi praised Pan Xiaoting as "getting younger and more beautiful," and Pan Xiaoting replied: "Jiang Yige is becoming more and more round and I find that you have gone on an ever-increasing route." Jiang Yi shouted quickly "冤枉": "In 2017, we bet I will lose ten pounds. As a result, in 2018, I really lost 10 pounds. But I was in the Pyeongchang Winter Olympics. Will not come back." also "testified" that he reduced "a lost." Jiang Yi again contracted Pan Xiaoting to reduce weight by ten pounds.

Jiang Yi mentioned that Pan Xiaoting had won the "20th China Sports Breakthrough Award" at the award ceremony of Sina Sports. In this regard, Pan Xiaoting said: "In fact, I feel particularly lucky. Because billiards are still non-Olympic projects, but its mass base is very strong, and more and more viewers especially like to see billiards. In the competition, many parents are willing to Sending their kids to learn billiards So our current Chinese billiards also get better and better. I hope my 2019 can continue to go ahead and challenge and seek new breakthroughs. "Jiang Yi said the" basket is ready " and ready to continue her championship.

"Little Witch" Jin Jiaying sent a New Year greeting to everyone in Chinese. When she talks about the subject of coaching, she said: "Now I also teach children to play. I get very nervous when I play. When I get good grades, of course I am very happy. But when I teach children, the feeling is not the one. To understand more about the children's mentality when they get good grades, that kind of touch is when they take the championship, the contact is not the same. "Moreover, she is not willing to choose which child performs better. Okay, the reason is "fear of hurting children."

In the current world first Han Yu appearance, Liu Tianyi teased Jiang Yi "face full of smile", Jiang Yi said "this is my sister." When asked about the invitation to join the men's masters, he said Yu: "I will be invited to participate in Men's Masters Invitational Tournament at the end of March. I am very honored and fortunate because I can be directly selected for the best eight seed players, and this competition is the first time inviting women's players to participate in the competition. "

Austrian "Cheetah" Ossin also wants everyone to have good luck, good health and a good year with family and friends in English, to have a good time. When talking about Jin Jiaying for the first time, she said that although she is very good at Jin Jiaying, she is very eager to win the game, but Xiao Ting and Han Yu are very strong opponents, so I hope I Not only will win the game here, but also hope to really enjoy the game and enjoy the game. Later, Pan Xiaoting sang a beautiful "Human" for everyone. 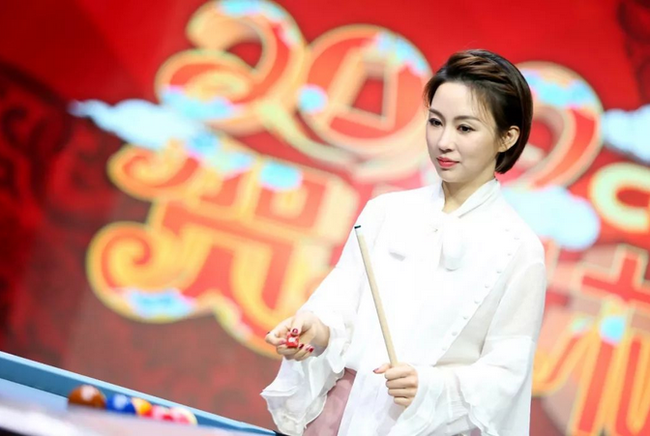 This competition uses a time-limited system every 45 minutes when the time is not shared, the winner becomes "point penalty." Each shot is limited to 45 seconds. Under special circumstances, each player may call a delay.

The first singles were played by Han Yu against Jin Jiaying. The two sides finished the two games in less than 10 minutes, and Han Yu led 2-0. However, Jin Jiaying, who missed number 2 the ball in three consecutive games, began the next five innings from the third game. In the fourth game, when Han Yu kicked the ball without a ball, Jin Jiaying chose to let Han Yu continue, and her cheeky expression also attracted Liu Tianyi to praise his "sweet". In the seventh game, Jin Jiaying looked at the tabletop and scratched his head a little while his white ball accidentally formed a ball. In the eighth game, although Han Yu retired a city but time has come, she lost the first game by 3-5.

In the midfield, Jin Jiaying offered a dance for everyone. She had a blue jacket with black shorts and black boots and she was very cute.

In the triple match, the international team was still unhappy and the first game played well, Jin Jiaying. This time, there were also problems such as poor opening and the opportunity to save the ball. The first two games were 0-2 behind. After the third game, she also looked at No. 2 the ball in a bad position and sighed. But this game ended because Pan Xiaoting did not enter the 9th ball and Oss took the opportunity to withdraw a game. The Chinese team then scored 3-1, the fifth game, Us pure rushing the ball # 1 ball position is not good, Jin Jiaying beat the ball unsuccessfully, they both helpless grin. When Chinese team 4-1 regained the international team status and even the next two games, especially the seventh game, Jin Jiaying hit the 8th ball, the white ball almost fell into the bag, she also exclaimed, so we were clean after having hit the 9th ball and falling into the bag, he also exclaimed. But the Chinese team won the eighth game and eventually won 5-3, leading the score 2-1.

Tomorrow, the two sides will compete the next day. In the event of a tie, a "penalty shootout" will take place. Jin Jiaying said that luck is really bad for itself. But "even though the big score is backwards but there is tomorrow, the best thing to look at is the look! We're also looking forward to tomorrow."

Han Yu also said that although there were many times before the penalty shootout, it has not been practiced so much recently. "Although the big score is backwards, but tomorrow is the best thing to look at is the turn! We are also looking forward to tomorrow."