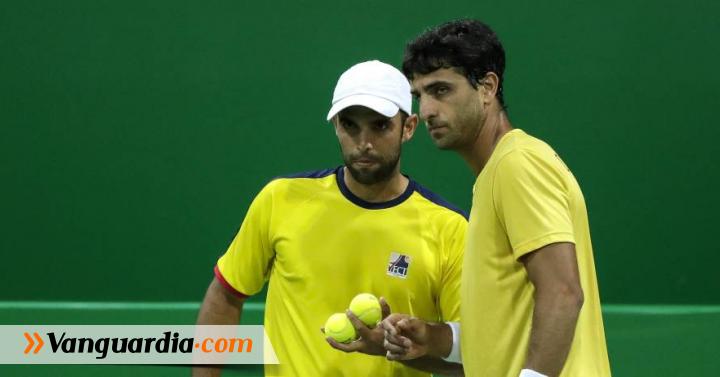 Cabal and Farah, second best team of the year, were taken over by British Jamie Murray and Brazilian Bruno Soares, fourth seed, with points 6-4 and 6-3, in one hour and 13 minutes, corresponding to the other day Llodra Group / Santoro.

Colombians, who participate for the first time in this tournament, managed to overcome a break against the first quarter. But when they took 4-5 to stay alive they were broken by their rivals. In the beginning they started with a break in favor, but the benefit could not be maintained against a Murray / Soares who played a good match.

Also read: Director of the Australian Open insists they have not benefited Federer

The third match is final for Cabal and Farah, where they will meet the South African Raven Klaasen and New Zealand Michael Venus (who beat Nikola Mektic and Alexander Peya 7-6 (5) and 7-6 (Thursday) and won their first party ). Winning this match will ensure you move to the semifinals.

It is worth remembering that on Sunday, in its first engagement, the Valle del Cauca Mektic / Peya hit 6-3 and 6-4.

The Masters tournament is played in a first round robin format, with two groups of four teams, each of which plays three matches. The first two places will qualify for the semifinals and the winners will play the finals on Sunday.

It may interest you: Djokovic shook Isner and Zverev responded

This is the first time that Colombian tennis players classify this tournament in some modalities (singles or doubles), meaning the end of the season ends and the winners get the title of the year's teacher.